Alan Walker collaborates again with PUBG Mobile with his new song “Paradise’ along with the 1.6 update

Sidebar Sidebar
You are using an out of date browser. It may not display this or other websites correctly.
You should upgrade or use an alternative browser.
Alan Walker, the Norwegian platinum-selling music producer and DJ, will release his new song "Paradise" exclusively on PUBG MOBILE on September 23rd, with the song also being released on streaming platforms the same day. From September 23rd until October 21st, the song ‘Paradise,' written and produced by Alan Walker, K-391, and Boy in Space, will be played in the current lobby and vehicle background music for fans to enjoy, with the tune being unlocked in players' Personal Space Playlist. 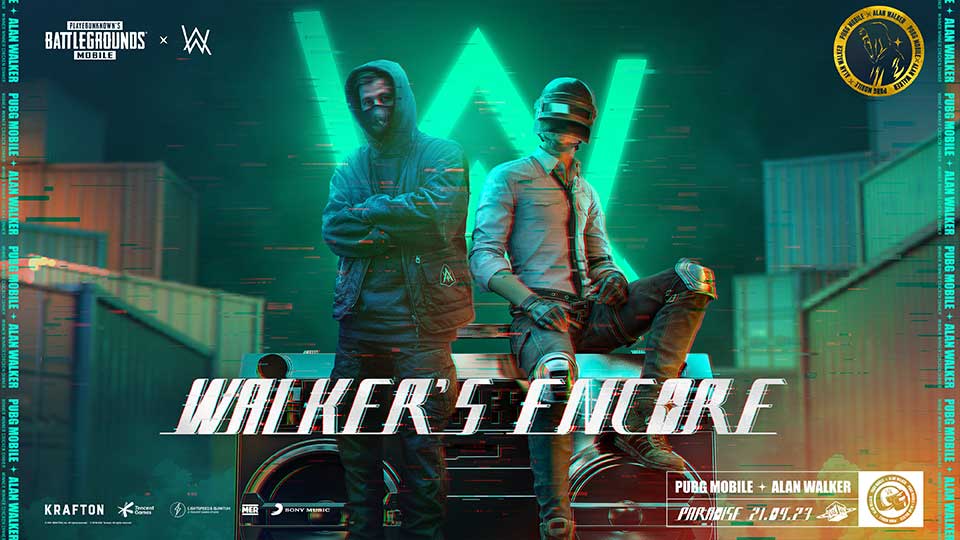 “We’re very excited to welcome Alan Walker back to PUBG MOBILE with his new song ‘Paradise’.” said Vincent Wang, Head of PUBG Mobile Publishing, Tencent Games. “Our players loved the previous collaboration we had with him in 2019, which is why we’re so happy that he’s returned to our universe. Best of all, PUBG MOBILE fans will be able to enjoy this new song in the game, with its exclusive worldwide release in streaming services on the same day.”
Click to expand...

The collaboration will include a new wardrobe of outfits and exclusive items for players, such as the Exclusive Title "Walker," Walker 2021 Set, Walker 2021 Buggy, Walker 2021 Graffiti, Walker 2021 Space Gift, Alan Walker Space Playlist, and the return of the exclusive outfits from the previous Alan Walker collaboration. Players may get a sneak peek at the forthcoming community challenge event with special rewards by visiting the in-game event website. More information will be released through PUBG MOBILE's social media platforms.


As part of this partnership, a variety of themed in-game events will be implemented. From September 23rd through October 21st, 2021, users may win different Alan Walker goods, including the permanent Walker Hoodie, by performing themed in-game objectives.

“I can’t wait to continue this journey with PUBG MOBILE.” said Alan Walker, “this time, my new song “Paradise” will be available in the game and we are introducing a special new outfit. I hope you are all ready to experience the World of Walker through PUBG MOBILE!”
Click to expand...

Alan Walker rose to fame in 2015 thanks to his number one single "Faded," which he followed up with a string of successes including "Darkside," "All Falls Down," and "Alone." The singer previously collaborated with PUBG MOBILE in 2019 to create the anthems "Live Fast" and "On My Way," playing them live in Berlin at the PUBG MOBILE Club Open 2019.
Click to expand...