Visit site
Konicheebye to my Comprehensive Thane Guide! I have 10 years of MOBA gaming experience playing League of Legends, Dota 2, Heroes of the Storm, Mobile Legends & Arena of Valor. That aside, I am a Master Rank player on the SEA servers. Before I begin, I would like to thank Garena AoV for supporting me in being a content creator! As well as MobileGrip, the best mobile gaming accessory for games like Arena of Valor and Rules of Survival! I'm writing this guide because I feel that there is a lack of understanding of how Supports are being played and why not someone as universal as Thane.

This will be a relatively lengthy, in-depth guide but feel free to refer to the info-graphics above for a summary! I'm still learning everyday, so don't be afraid to comment and tell me if I'm wrong.

Heal
It is just an overall great spell for you and your team. You benefit from it, your team benefits from it. Be a team player then, pick heal. It can be crucial in saving your carries live.

Flicker
It can save you from sticky situations, help you initiate or simply position yourself better. You can use it to initiate by Flicker-ing forward and stunning the enemy and charging them backwards! But it can never out value Heal as a talent. Thane can be classified as a "Baby Hero" or a high level support. He is a baby hero because of how easy it is to use his skills by simply following a simple sequence of executing his skills.

Yet in the right hands, he has the ability to set up plays and protect his allies with the best 'bodyguard' protection in game. He is not level dependent, making him one of the best supports to roam with. Valiant Charge is maxed first after your Ulti to reduce its cooldown and increase its damage. This is a very powerful skill if used properly. It is almost as good as a 2 second disable. During the duration that a hero is knocked back, they are not able to move or cast any abilities unless you are Chaugner.

It is often neglected that at the end of the skill, you will knock enemies into the air. You are also able to use it alternatively in forms of a retreat.

It can be used to group up enemies and bunch them together. It can also be used to interrupt channeling abilities. It has a relatively noticeable travel time which requires some form of prediction when cast at max range. You can be stunned out of using the skill.

IT IS NOT ABLE TO TRAVERSE ACROSS TERRAINS. Avalon's Fury has a great AOE radius that knocks up your enemies making it a great follow up ability after you used valiant charge. However, it has a slow windup time which puts it at risk of missing if you attempt to hit enemies at the edge, they can walk out of range before being hit.

Timing this skill properly can interrupt enemies when they are about to cast their long animation skills like Maloch or Xeniel. King's Glory is what pushes Thane to be an S tier support. On top of his monstrous CC abilities, he can dish out good damage to destroy any low health enemies.

In exchange of the exceptional burst damage, it has a long wind up as well but they added a safety net that you cannot be interrupted while charging this ability and on top of that it provides a 20% damage reduction.

This can be used to finish enemies offensively and also defensively if you are being targetted by high CC skills and render them useless. It can also be used as an initiation follow up instead of a finisher due to the guaranteed true damage.

Personally, I like using it early in certain situations to intimidate enemies and making them hesitant in taking a team fight at 80% HP instead of 100%. Royal Power is just a bonus on top of his already ridiculous kit. It makes him so so durable and a tower tanking machine.

It is also why it makes building items with HP is so worth it because you regenerate 24% of maxed HP which scales as you acquire more HP.

Arcana Choices
Arcana choices are game changing because they are like starting with an item. I have allocated 2 different arcana builds if you want to use thane to his maximum potential.

The arcana set that you can always use in the meta will be against physical damage. With at least 3 or more physical heroes in a match, it is the most optimised to put you at an advantage. The only difference in the 2 sets is what greens will you be using - Armor or Max HP.

Because he is a support and off-tank, we will choose defensive arcanas for Red, Purple and Green. To better understand why we would use armor for green compared to flat health is to take into consideration his item builds because you will be building items like Asterion's Buckler which doesn't provide any basic defensive stats hence it will be to compensate for it.

There are too many variables to effectively narrow down to a single perfect arcana choice. Because I view arcanas as an early game item deciding factor, item builds are flexible and situational, hence I personally prefer using physical defense greens more.

If you are up against very strong early game mages like Zill or Tulen, you can swap for Magic Resist greens instead.

For simplicity sake and more of a general and late game option, going for the general set of Flat HP is fine. The armor provided from arcanas are minute compared to items but 1475 flat HP is amazing for the late game. You will always start with boots because the extra mobility could help you position yourself better to possibly charge and separate an enemy hero from their team.

It also helps build up to your next item faster. 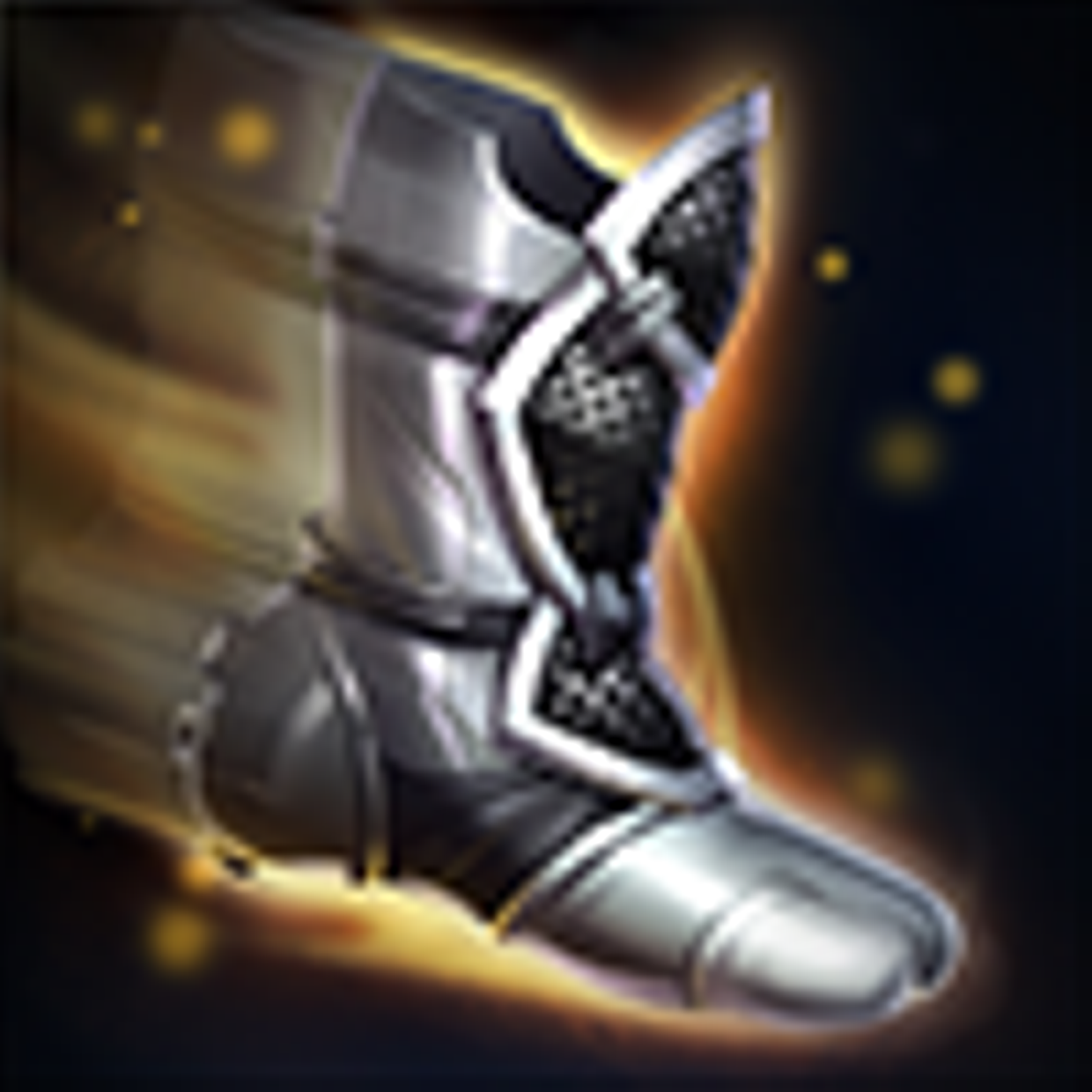 This item is of excellent value and made for supports like Thane or Ormarr or heroes who roam in general. You lack gold and you can get solid armor stats as well as a great passive that reduces any auto attackers Damage-per-Second (DPS) by 30%. Slower attacks means less damage accounted for per second. Mediocre against skills but still solid due to 210 armor. Such a great support tiem. Do not be fooled by the description that there is no armor or magic resist bonus but in fact there is. The 10% damage reduction is calculated and added into your overall damage reduction. It applies to both physical damage and magical damage, be it auto attack or skills.

It is also great in helping pump up your burst damage as Thane because the bonus from the passive affects YOU too. This item is rarely seen but it is actually really great due to its passive because it helps you to keep ganking and extending your abilities to team fight.

I would say it is more of a snoball item and not one that you build defensively because if you do not kill anyone, it's just nothing more than an item with flat stats. Items are more than often chosen because of the passives that they provide. This would generally be my go-to 4th item because its aura reduces attack speed. It something a support can put to good use because you will either be protecting your carry from a physical assassin or when you have to charge into the opponent backline and disrupt the marksman and slow his DPS down.

It can be built after Crimson Banner as well. It is generally a solid and must build item for any tank. This is one of my favorite magic resist item. Its passive makes it a decent item against physical attackers. Although it doesn't reduce physical damage at all, the health regen is equivalent to soaking 2-3 auto attacks every 10 secs.

With the bonus 7% movement speed, you can walk up to enemies to initiate instead of using Valiant Charge to initiate. Coupled with Amulet of Longevity you have some sick healing that makes you so much harder to kill. I usually opt for this item after Shield of the Lost in a full physical team because it couples to make you a meat shield that slows attack speed and movement speed when taking damage and also within an AOE.

Its passive applies to all forms of damage be it auto attacks or AOE magical skills, everyone will be slowed.

The 20% cooldown reduction is a great bonus to help lower the downtime of your skills making you a constant CC machine. I normally pick Forst Cape if there are a lot of mobile assassins or heroes which requires the extra CC to contain.

It is not picked because Thane requires the additional damage but its a good to have sort of thing. This is an items which you should consider building when against a 4 tanks or bruisers because they will always be gunning for your carry. The AOE slow provided can halt their advance and save your carry by creating space for them to retreat.

The End
You can watch my Thane Gameplay Analysis to have a better understanding of how I play Thane! Or check out my other videos to see how tanks are played.


Support me https://www.patreon.com/konicheebye
Show hidden low quality content
You must log in or register to reply here.