Sidebar Sidebar
You are using an out of date browser. It may not display this or other websites correctly.
You should upgrade or use an alternative browser.
Featuring high-quality graphics, exciting gameplay, and smooth control, Call of Duty® Mobile – Garena ranks #1 on Google Play and on the App Store since its release on 1st Oct in Southeast Asia. To celebrate this first-ever milestone, Call of Duty® Mobile – Garena today (21st Oct) announced the kick-off to the limited-time Halloween events! Fans enjoying this AAA shooting game will get a chance to experience Halloween with not only the new in-game themes and music, but also new looks for your favorite weapons, items, and operators! 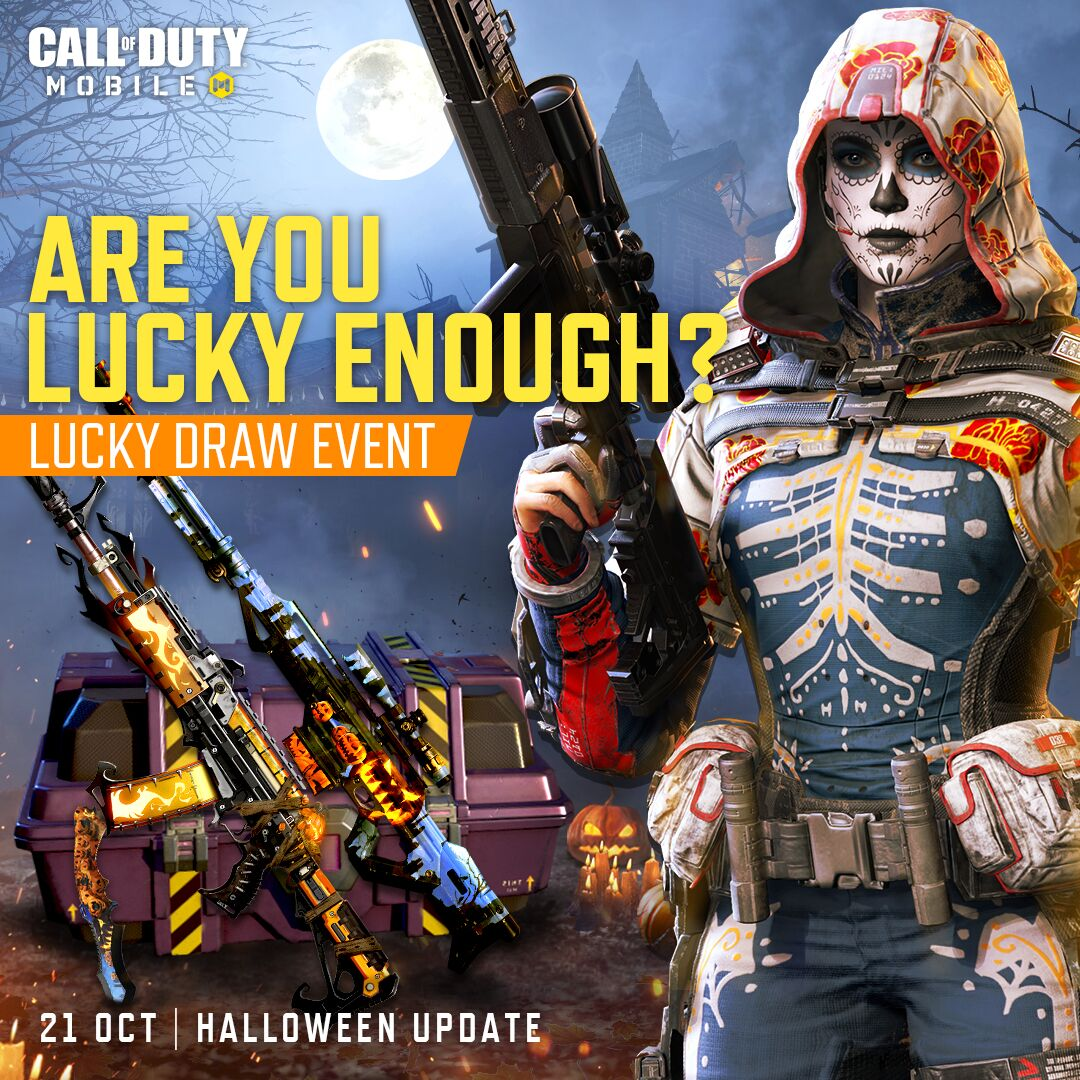 In the Halloween update patch, the iconic “Standoff” map in multiplayer modes gets a spooky look with colorful Halloween decorations shining glamorously, and those exciting modes such as “Hardpoint” and “Sniper” allow fans to explore the ultimate team-fight strategy. Furthermore, Captain Price, one of the most-beloved characters from the Call of Duty® franchise, is finally joining all craving fans on the battlefield! Users will be able to get permanent weapons and equipment of Bat- Camo series and have a chance to win permanent M21EBR – Metal Note by conquering fierce matches and collecting pumpkins!


The new Call of Duty® Mobile – Garena Halloween login lobby welcomes users with famous characters, themed surroundings, and mysterious music; apart from the most-recognizable “Ghost,” users can also experience the excitement of team fights when playing “Captain Price” from Call of Duty®: Modern Warfare in the match. The second female character “Outrider-skeleton”, limited time weapons such as AK47-Pumpkin Head, and items or operators with Halloween bat designs are also confirmed to be launched officially, refreshing the game with jubilant elements.

As users wandering across the multiplayer map “Standoff” during Halloween, they will be excited to see the special decorations everywhere in the game. Details such as buildings filled with pumpkins and trucks covered by Ghost stickers are good examples of festival surprises that users can experience only in this certain period of time. Previously-released multiplayer modes “Free for All” and “Gungame” garnered massive positive feedback from the community. Riding on this momentum, Call of Duty® Mobile – Garena revealed that “Hardpoint” and “Sniper Only” will also be featured for a limited period of time, encouraging fans pursuing strategic teamwork to fight for the advanced control and perfect technique!

Gameplay of the new mode “Hardpoint” is similar to “Domination”, however, the Hardpoint changes as the game time proceeds; and two teams will need to occupy the Hardpoint and win over each other for the final victory! “Sniper Only” is a mode specially designed for rifle-addicted players, as Artic. 50 and DL Q33 are the only weapons allowed in the game! “Sniper Only” is surely a fantastic battlefield for showing off your aiming and shooting skills!

Deploying Brand-new Operator Skill – “Sparrow” to Win the Battle! Operator Skills in Call of Duty® Mobile – Garena have been playing decisive roles in winning intense battles, and are often the turning points to the victory. Now users can deploy the game-changing Operator Skill “Sparrow” to ignite a massive explosion on either enemies or objects, and to the final end-game! Sea’s mission is to better the lives of our consumers and small businesses of our region with technology. Our region includes the key markets of Indonesia, Taiwan, Vietnam, Thailand, the Philippines, Malaysia, and Singapore. Sea operates three platforms across digital entertainment, e-commerce, and digital financial services, known as Garena, Shopee, and AirPay, respectively.

Visit site
Call of Duty is a good game but the more you play the game the more you loose the interest. i dont know if its just me or everyone notice that.
Show hidden low quality content
You must log in or register to reply here.

MU ORIGIN 2 Debut on Manila with Tons of Game Merchandise