Sidebar Sidebar
You are using an out of date browser. It may not display this or other websites correctly.
You should upgrade or use an alternative browser.
Call of Duty Mobile is sure to be action-packed as the game transitions to its upcoming season 8, together with several of its new contents such as weapons, Lightning Strike scorestreaks and new maps. 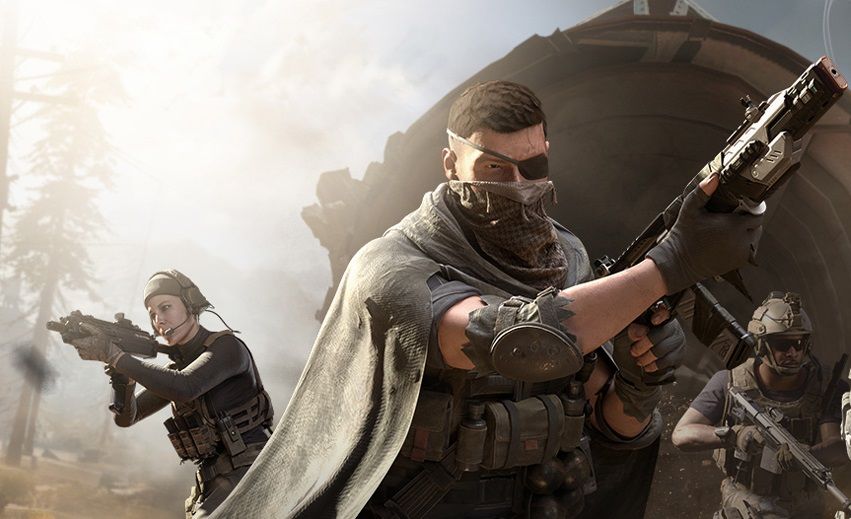 Call of Duty Mobile is coming up on its 2nd anniversary season and data miners have revealed a lot of new content as they jump onto the game files. The game's public beta build is already live, and while no specifics on the battle pass or weapon balancing tweaks have been revealed, we have a fair idea of what to expect from COD Mobile Season 8. We've got you covered on everything from the projected release date to the content, which includes new maps, two new weapons, a scorestreak, perk, operator skill, and the long-awaited weapon inspection feature.

While Activision has yet to reveal the exact release date for COD Mobile Season 8, due to the in-game battle pass timer, the game is likely to be released on September 24th (UTC). Some territories may get it a little early than others, as with previous COD Mobile season release dates, so keep an eye out starting September 22nd, when the update should go live.

It's worth noting that the content in the newest test release isn't necessarily reflective of the whole content that will be available in COD Mobile Season 8. "This content is by no means representative of everything coming to the next release. We specifically curate what is going into these builds and are trying to get feedback or in-game data on specific features, changes, optimizations, and content. We’ll have more about the next season in general coming soon," Activision, the publisher, described the situation. The following are some of COD Mobile Season 8's contents that are being tried in the public test build:
There have also been rumors about a new battle royale map coming into game with the release of season 8.

Season 8 of Call of Duty Mobile is rumored to introduce two new weaponry. The M13 assault rifle and the R90 shotgun are the two new weapons being introduced. However, it is currently unclear how players will be able to obtain these new weapons; however, we anticipate that at least one of them will be obtained through the free tiers of the COD Mobile Season 8 battle pass, and the other through a challenge, as has been the case in the past.

Two new maps, Hovec Sawmill and Crash, are anticipated to be released during COD Mobile Season 8, according to the developer. The latter is a redesign of the old map, but the former is a new addition that appears to be inspired by Modern Warfare and seems to be quite interesting. This medium-sized, three-lane map is best suited for 6v6 matches because it offers a mix of inner and exterior combat options.

Following a flurry of leaks around the upcoming season, it should come as no surprise to see more emerge, this time focusing on the rumored upcoming battle royale map. Latest reports came from Mr.Ra1 Gaming, who just posted a video on YouTube regarding the upcoming Season 8 of the popular video game. In the video, he announced that gamers in battle royale will be rewarded to a brand new terrain in the future. While we don't know much about this map at this point, we do know that it will be playable when season 8 of the game comes out. Old maps from the Call of Duty franchise have made a frequent comeback in the Call of Duty franchise, and this new map could be based on one of those maps.

Tak-5 is the name of the new Operator skill set that will be released during COD Mobile Season 8 which heals, increases maximum health by 50, and removes burns for the user as well as their team members.


Season 8 will also see the introduction of a new scorestreak, this time one that is well-known to the Call of Duty community. For the same scorestreak that was available in Black Ops 4, the cost to use Lightning Strike will be 1050 points. This causes a coordinated Lightning Strike to be launched on three different locations.


Then, we also have a new perk arriving in the game. Iron Lungs is the name of the ability, and it will only be available to Sniper classes. While raising the mirror, this perk allows you to extend the amount of time that the sniper rifle will not shake.

In COD Mobile season 8, this new feature is fairly self-explanatory, and it allows players to quickly and easily inspect their weapons while also enjoying some nice animations. Check out the video below, which was created by DannyIntel and shows off all of the weapons that have the inspection feature and animation enabled in the test server.


There's also a new throwable item called the Flash Drone, as well as a new battle royale map, a new BR class, and a Rally Car vehicle that will be unveiled at a later time. Also, the specifics about the battle pass aren't revealed until a week or two before the start of the season, so players still have some time to wait.

Additional information about what more to expect in Call of Duty Mobile season 8 will be given on a later date. So always keep an eye out and we'll keep you informed as soon as the balance tweaks, enhancements, and, of course, information regarding a brand new battle pass become available. Call of Duty: Mobile is available for download on both Google Play Store for Android and App Store for iOS.
Click to expand...