Sidebar Sidebar
You are using an out of date browser. It may not display this or other websites correctly.
You should upgrade or use an alternative browser.
Beginning of this month will be the start of Call of Duty: WWII multiplayer beta, Special bonus for everyone that may able to participate announced by Activision. Take part in the beta and you'll get the MP Private Beta Combat Pack, which includes a helmet, calling card, and emblem that you can use to show off that you played the beta. The extra items will be available when Call of Duty: WWII launches on November 3, Activision clarified on Twitter.​ 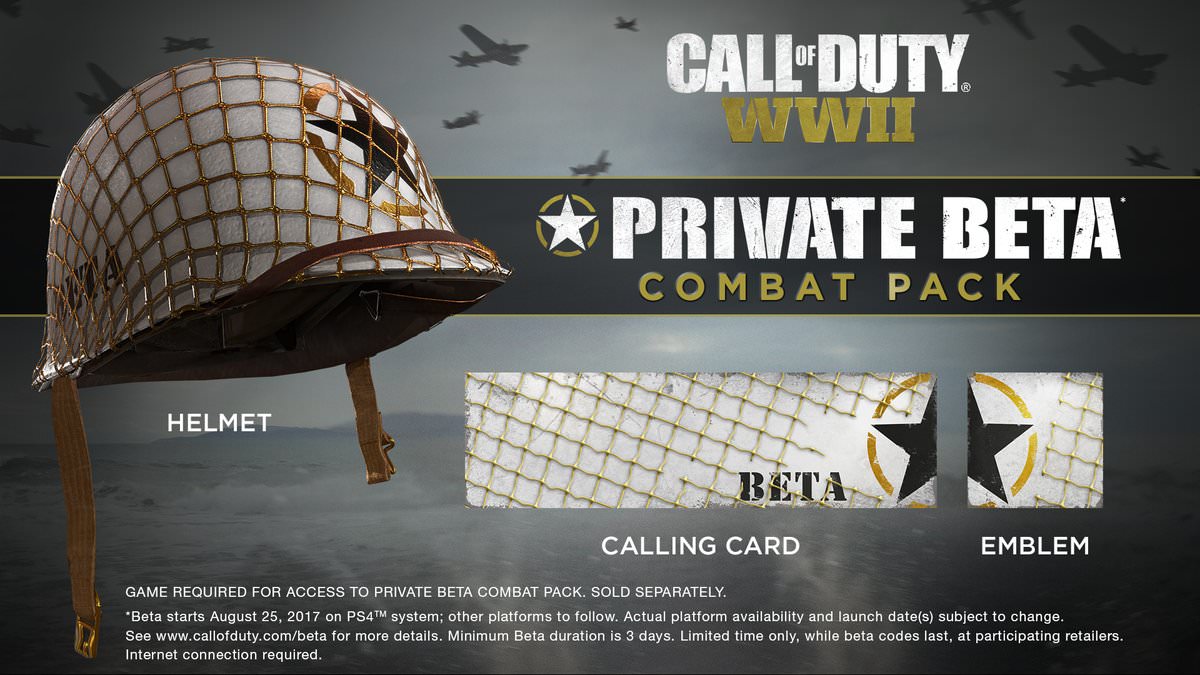 Dynasty Warriors 9 Confirmed For PS4, Xbox One, And PC