Sidebar Sidebar
You are using an out of date browser. It may not display this or other websites correctly.
You should upgrade or use an alternative browser.
Embark on your FAIRY TAIL adventure – form your strongest team now to choose from three exclusive rewards! Garena, in collaboration with manga publisher Kodansha, today announced that "FAIRY TAIL: Forces Unite!", a mobile RPG based on the popular Japanese manga series, will be coming soon to Singapore, Malaysia, and the Philippines! Players can pre-register now via the official website. All players will receive the SS-Class Erza character once the target number of pre-registrations is reached – pre-register now to recruit this powerful wizard into your team! 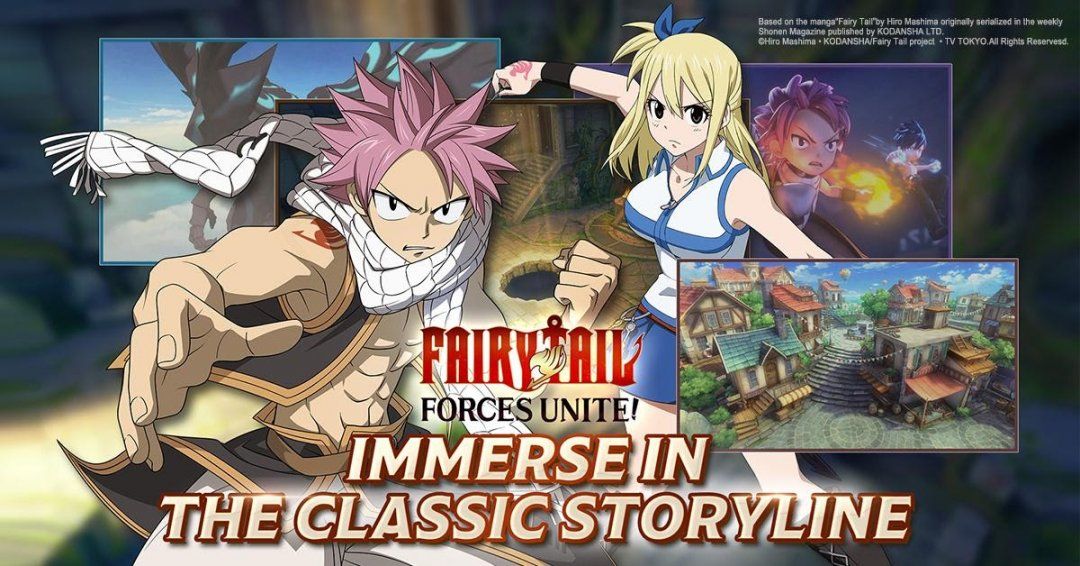 "FAIRY TAIL: Forces Unite!" will feature exciting turn-based combat gameplay. Players will begin their adventure by choosing from 8 original characters and 9 class types, each with its own distinct traits and abilities. Your arsenal of skills will include FAIRY TAIL classics such as Natsu's "Fire Dragon's Roar" and Gray's "Ice-Make: Lance". Test your wits in battle as you combine magic beasts, battle formations, and skill sequences to conquer difficult quests and march towards victory! Choose from 9 original classes and start your magical adventure Use different strategies to build your strongest team

Pre-register for "FAIRY TAIL: Forces Unite!" now on the official website and stand a chance to receive the SS-Class Erza character. With the powerful Erza Scarlet "The Titania" on your team, your adventure will be even more exciting!

Invite your friends to pre-register for "FAIRY TAIL: Forces Unite!" on Garena's official website to unlock additional prizes! Select from three rewards such as exclusive titles. What's more, pre-registered players can win FAIRY TAIL merchandise by participating in the "Wizard Registration" event* on the official "FAIRY TAIL: Forces Unite!" Facebook, Instagram, and YouTube channels. Just leave a comment with a screenshot of your successful pre-registration to stand a chance to win. Pre-register now to start the first chapter of your journey! Participate in the pre-registration event to unlock an SS-Class Erza character!

*Event details should be based on the event website. Garena Reserves the right of final modification and interpretation.