FFBE: War of the Visions Reroll Guide and List of Must-Have Tier S UR Unit

Sidebar Sidebar
You are using an out of date browser. It may not display this or other websites correctly.
You should upgrade or use an alternative browser.
The new tactical-RPG War of the Visions which a spin-off from the Final Fantasy Brave Exvius series is garnering a lot of hype since its global launch last March 18. Like any other game with a gacha system, players of WotV are putting all their patience and luck just to gain the best unit/characters to fill in their dream team for an early head-start in the game. But of course, gacha can be generous or stingy so the only way to get an edge is to take another chance and do a reroll; a standard tactic done by many when it comes to gacha-based games. But how can you do a reroll in WotV? Here is a quick guide for all of you to help increase your chance of acquiring UR and S-tier unit for your team before embarking your journey to the continent of Ardra.

Upon downloading the game and launching it on your mobile phone, you can follow these steps for a fast initial roll in the game before doing your reroll:

2. Skip all the cutscenes. The tutorial for basic combat can’t be skipped however so just get along with it.

3. Additional files will be downloaded before you can access the interface. The in-game guide will direct you to the Summon tab. You will now do your first 10x summon here to acquire your first batch of units.

4. Don’t fret when you didn’t get any UR units. Just go along the continuation of the tutorial until you can freely access the game feature without the automatic prompts.

5. Get your log-in bonuses and pre-register bonus. The most important part here is the “Present” that will give you a total of 3,500 Visiore that you can use to summon more units in the gacha.

6. Do two 10x rolls once more. As you will see on the menu after you spend a total of 1,500 Visiore in the roll, if you roll another one using a total of 2,000 Visiore you will automatically have a UR unit. You need to gain some Visiore since probably the remaining Visiore you have now is 1,000+.

7. Do some beginners Mission which can give you 100 Visiore each. Also, look for some missions or quest that you have fulfilled which also gives you some extra Visiore.

At this point, you can decide whether you will start to reroll or try finishing the first 10 missions to gain enough Pull Tickets to Summon more units. If by chance you didn’t like the units that you’ve been acquired then it is now the time to do a reroll.

There is a short and long method that you can use for your reroll. The short method requires you to do the following:

1. From the “Settings” of your phone, go to “Applications” and select the FFBE: War of the Visions icons.

3. Re-start the game and voila! You will repeat once more the steps stated above for the first roll. You can do this numerous times if you didn’t get the unit you desire.

A word of warning though: the game will re-download all the data once you start the game after following the short method of reroll. I suggest that you should not do this if you are playing using Data since this process will consume a large amount of it.

The long method requires you have multiple Google Accounts that you will switch to and fro especially during in-game events. This is quite taxing but if you have the patience then you might acquire not just best unit but the best team in the game:

1. After finishing acquiring all the in-game gifts and rewards. Collect pull tickets in your first account as well as Visiores.

3. Repeat this and select the account that have the best unit and enjoy the game. So you know now how to reroll but still stuck on what unit you should be rooting for? Here is a top 5 list of the unit that will give your team that coveted boost to make the game as easy as walking in the park. Even in Japan's version, this S-tier mage is considered one of the important units that every player must-have. Among the Mage class, she possesses the highest ATK points. But aside from the massive attack, it can also serve as a great support to your team with her buff that can increase the whole team’s speed for 3 turns. She also has a powerful spell arsenal like Flare for a heavy single-target damage and Poison Sting Counter that give poison status to anyone who attacked her. 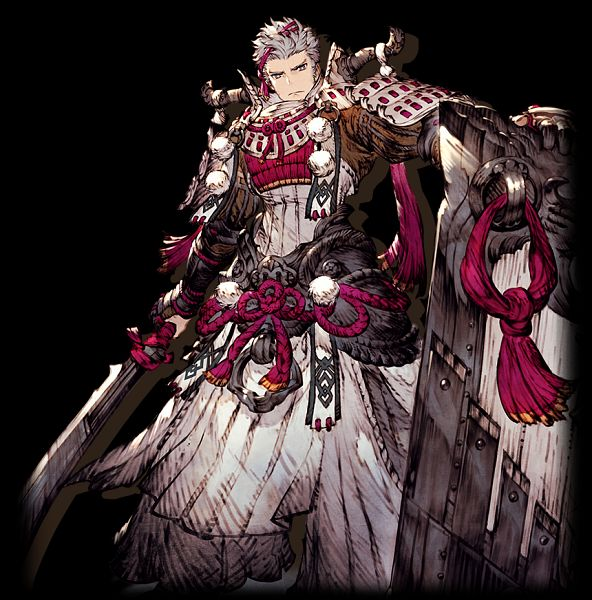 This S-tier paladin can wreak-havoc to any adversary best dealing huge physical damage that can increase further depending on the amount of HP he lost during battles. Of course, he also can Tank with its Saint Wall ability that shields him from physical damage for 3 turns. He can also give debuff to his enemies with the effect of its Speed Break that decreases the speed of his team’s foes. Another S-tier unit that functions as a great support to its team with healing skills and like Full-Life that allows it to revive any members of the team with a full HP bar. She can also be useful in tactical situations thanks to Position Swap and also, its Emerald Echo skill can lengthen the duration of any buffs to all its teammates.

Sterne is an A-tier unit that shares some similarities with Engelbert although minus the discrepancy on their HP value. Despite this, he can dish out massive damage by sacrificing its own life called Hazard Break although a healer should be on his side if you use this one. His ability Kassatsu can give you a 100% critical rate for one turn in addition to an increase in accuracy. This A-tier half mage half warrior combines ice and physical damage to its arsenal. It has the ability called Excalibur that lets it reach out its target even with tiles that separate between them to deal a heavy physical hit. On the other hand, his Self-Sacrifice skill also let him become a major damage dealer at the cost of putting all its resistance to negative.

More Ragnarok Games Coming Our Way From Tencent and Gravity