Sidebar Sidebar
You are using an out of date browser. It may not display this or other websites correctly.
You should upgrade or use an alternative browser.
Final Fantasy XV 2D retro inspired game is right on schedule for the King's Tale: Final Fantasy XV which will arrive today available for free download on Xbox One and PlayStation 4. The game was originally released in November, given to people who preordered Final Fantasy XV at GameStop and EB Games. A King's Tale is free for everyone, not just Final Fantasy XV owners. 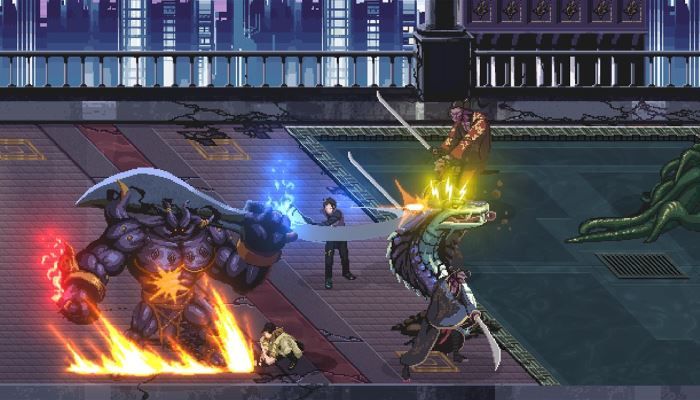 A King's Tale takes place in an alternate version of the 30 years before Final Fantasy XV. As you can see in the video above, the game has a retro look to it, while the combat is described as "fast-paced" and being influenced by modern gaming.​
Here are links to download A King's Tale, which is 2 GB, right now:

In other news about Final Fantasy XV, game director Hajima Tabata recently shared his thoughts on the soon to launch Nintendo Switch.