Visit site
In this vast universe, there is a planet named Gaia. She gave birth to continents, and the continents gave birth to all kinds of life. Crystals, an energy quintessence, is ubiquitous on this planet. After studying the crystals, the inhabitants of Gaia found a unique rhythm hidden in them, and through mental resonance, they were capable of harnessing the energy found in the crystals as bursts of magical powers. At that point in time, magically made its presence known in the world. Because of this extraordinary find, various equipment driven by the forces of magic were invented. This planet had ushered into a new era, full of magical possibilities, otherwise known as the Crystal Era by the people.

Cool mounts are essential while you travel throughout the map. In Gaia Odyssey, mounts can speed up the player’s movement and they can be transformed into various forms as they level up. Aren’t you impressed to see unicorns? In "Gaia Odyssey”, we are pleased to present all new players with a Unicorn mount, and an adorable rabbit mount for players that have logged in for 7 days.

Most importantly, starring up and cultivating the mount is another way to improve your CP. You will need to collect Mount Fruit to star up, and Quartz for cultivation. All the Advance Materials can be obtained from the store's weekly limited purchase and events, and there is also a certain chance of getting them from the Dragon King’s Treasure. Only after evolution, can the mounts be transformed into various forms. There are also limited edition motorcycle mounts that will make you look like Tom Cruise. Don’t wait, just come to Gaia Odyssey and get your exclusive mount now!

The quest for leveling up is never-ending in the game! Quick level-up is not only the fundamental way to increase CP, but it also unlocks more gameplay. Levels come from EXP, in addition to mobbing and game events, EXP Dungeon is a relatively quick method to obtain lots of EXP.

In “Gaia Odyssey”, the gameplay of EXP Dungeon is to defeat as many monsters possible within the limited time for the best EXP outcome. Here are a few tips to maximize your EXP outcome so that anyone can get the SSS rating! Open Realm and select EXP Vault, and note that there is a daily limit to each Dungeon (VIPs are able to purchase chances by spending Diamonds). EXP Dungeon requires Entry Tix too!

Upon entering the Dungeon, we tap Battlecry and use B. Horn to increase ATK; Then we use EXP Potions to boost the obtainable EXP. Monsters will refresh from all sides, so players can stay put at one spot and have all the monsters come at them. They then can focus on going on the offensive and clear as many monsters as possible. Since they are all just mobs, they won’t cause much damage. So don’t bother dodging, just spam all your attack skills!

The B. Horn of Battlecry is consumed based on the number of times you’ve entered the Dungeon, but EXP Potion is duration-based which means players might be able to use 1 EXP Potion for 2 rounds of EXP Dungeon for maximum returns. And finally, the mobbing speed is still closely related to CP. Therefore the key to better Dungeon clearance is to improve your CP!

A good set of Gear will make everything easier! Besides Gear from Bosses, Gear Dungeon is also a very vital source for powerful Gear.

Teaming up should be a necessity when clearing Gear Dungeons. Corresponding mode can be chosen according to the overall team level. Gear Dungeon is rated based on clearance time, the shorter you clear the Dungeon, the better the rewards. After Defeat Boss Don't Forget Pick up the Gear

To clear Gear Dungeon, you need strong teammates. Gather your friends for a quicker dungeon clearance! Enter Teaming Hall and select the target dungeon to start the challenge. You can either create a team and become the leader, or request to enter another’s team. A maximum of 3 is allowed in a team. Of course, Battlecrying is a must after entering the dungeon! It is recommended that the three of you work in separate areas to clear out the monsters. And certainly, the three of you have to keep the same pace and stay withing each others’ views. You must watch out for each other, too!

After that, the Dungeon final BOSS. Beat it together with your teammates! The faster you clear it, the more rewarding the Gear! After defeating the BOSS, Gear will be dropped, so you’ll have to hurry and pick up Gear that suits your class! For non-applicable Gear, you can simply sell them in Trading House or trade them with your buddies! We all know the twelve famous Zodiacs. Question is, could you imagine how they would look like if they had transformed into a cute partner whilst guarding you?

In "Gaia Odyssey", Spirits are powerful battle pets. They follow the main character and move along as well as fight alongside them, each blessed with their own strengths. 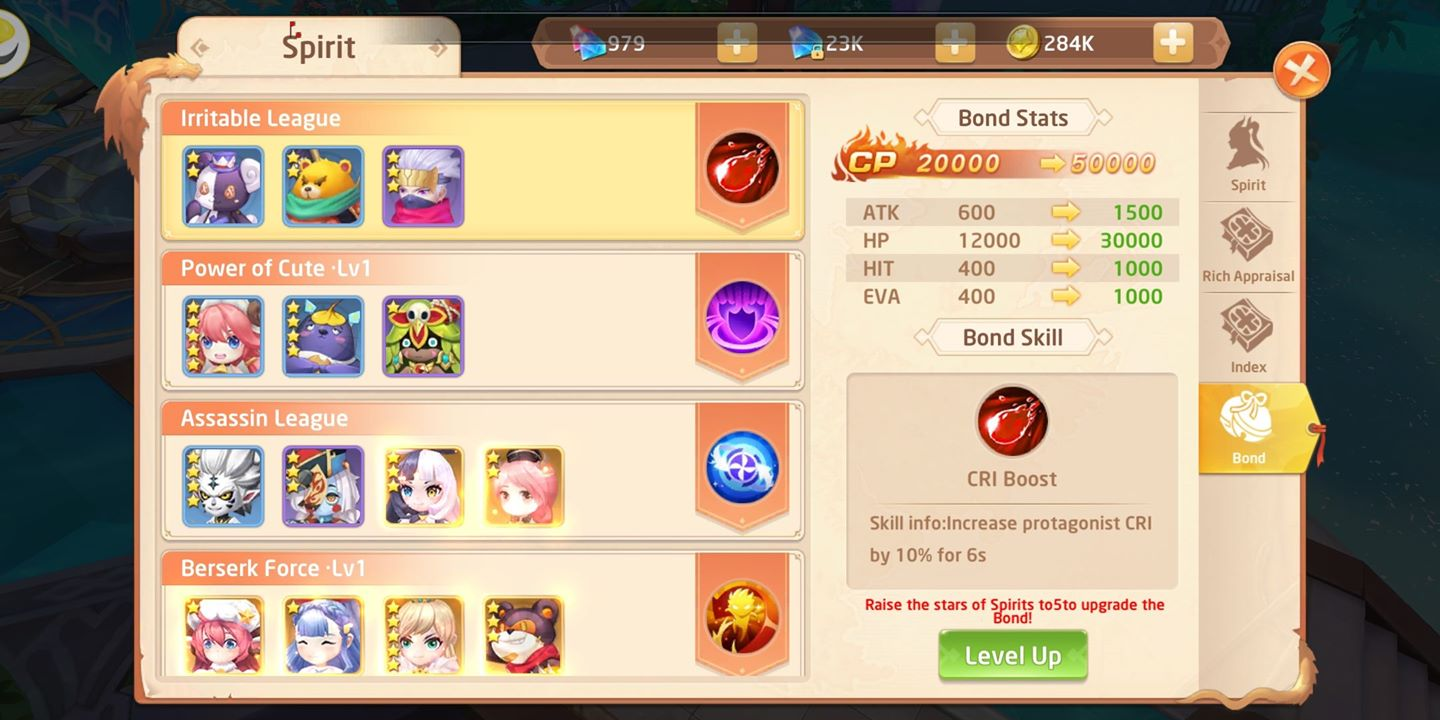 First of all, you can summon a Spirit partner through the Star Gate. Provided if you are lucky, you could even summon an SR Spirit!

The first partner you will get is Sheepy. Join Sheepy, hand in hand, and fight! In order for Sheepy to become stronger, the Spirit needs to be fed (nurtured)! Through various gameplay, such as Spirit Dungeon and Butterfly Catching events, you can obtain Star Sand, the cultivation material for Spirits. Collecting the shards of the corresponding Spirits will also enable Spirits to star up and boost their CP!