Sidebar Sidebar
You are using an out of date browser. It may not display this or other websites correctly.
You should upgrade or use an alternative browser.
Philippines Free Fire players and esports enthusiasts alike are in for a treat, as Garena officially announced yesterday the inaugural Free Fire Challenger Series Philippines (FFCP)! The new series of tournaments, created especially for Philippines Free Fire players, is part of Free Fire's efforts to enhance the Philippines' esports industry and support the vibrant local gaming community. Spanning across December 2021 to February 2022, the tournament brings new challenges to local players in the scene, with a PHP 1,000,000 prize pool at stake.

Registrations for the first FFCP Qualifiers is now open from 5 December to 12 December at https://ffcp.garena.com/. The local tournament is exclusively for Free Fire players holding Philippines citizenship residing in the Philippines during the period of the FFCP, who are at least Gold 1 Rank and Level 20 in the game. Eligible teams who register will compete in qualifier matches from 15 December to 17 December. The three-day qualifier will see participants compete for a spot in the top 18 teams, who will then move on to the League Stage, where they will battle to secure their place at the FFCP Grand Finals. Both the League Stage and Grand Finals will take place in January and February 2022 respectively.

Come the Grand Finals, the Top 3 teams from the FFCP will receive direct invites to the next Free Fire MCP (Malaysia, Cambodia, Philippines) Majors, the highly anticipated regional tournament. Root for your favourite teams and look forward to potential new faces in the FFCP which sees its first match next week! Stay tuned for the latest FFCP updates on Free Fire's official Facebook, YouTube, and Instagram pages. More information can also be found on the tournament's official website.

Adding to the excitement, Garena also unveiled its Free Fire MCP Esports Roadmap for 2022. This roadmap illustrates the route to victory for local players, where the newly created Challenger Series will allow more teams and players a direct route into the next MCP Majors.

Most notably, the Grand Finals of the MCP Majors, following previous iterations, will determine the representative team for the MCP region on the global stage at Free Fire's upcoming international tournaments in 2022. These events will serve to elevate the local esports ecosystem by providing players with platforms to hone their skills and teamwork on the national stage. 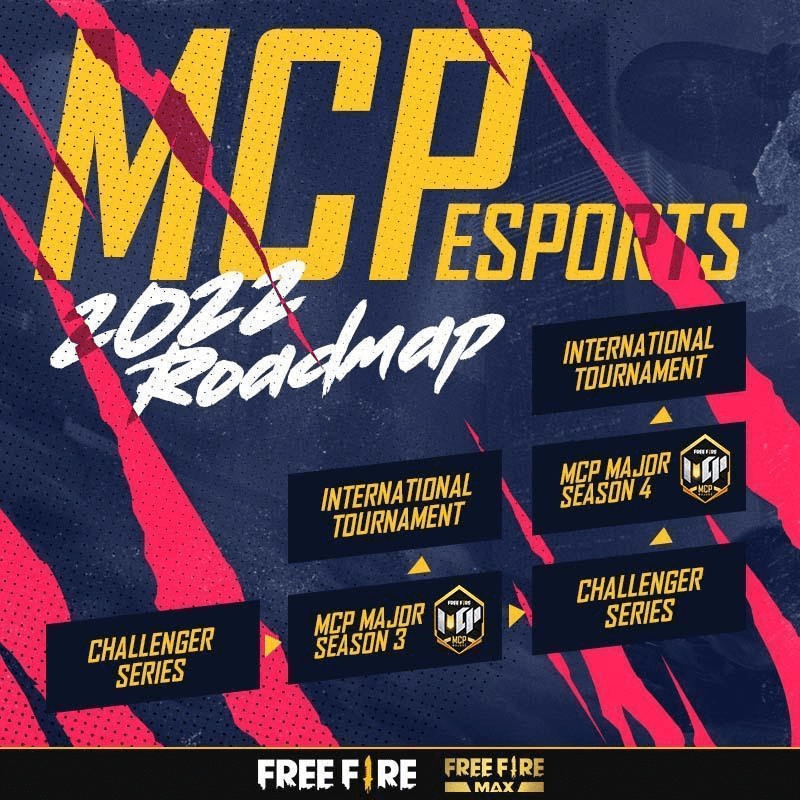 Free Fire was recently named 'Esports Mobile Game of the Year' at the Esports Awards 2021 for the second year running. The win builds on Free Fire's achievements in 2021 – setting a new global esports record with having over 5.4 million peak concurrent viewers for the Free Fire World Series 2021 Singapore, according to Esports Charts, and becoming the first mobile battle royale game to achieve 1 billion downloads on the Google Play Store.

Developed and published globally by Garena, Free Fire is an immersive battle royale game created specifically with mobile gamers in mind. Free Fire achieved a record high of over 100 million peak daily active users in 2020, while its content on YouTube was also the 3rd most watched game for the year, with 72 billion views.

Chrono Cross Crossover With Another Eden: The Cat Beyond Time and Space Premieres December 9