Sidebar Sidebar
You are using an out of date browser. It may not display this or other websites correctly.
You should upgrade or use an alternative browser.
Summon the Gods from All Myths with the new idle RPG developed by NEOCRAFT titled League of Pantheons. NEOCRAFT's new Idle RPG, League of Pantheons, has been released globally for Android and iOS. League of Pantheons, as the name implies, features gods, characters, and content from various mythologies in an anime-styled adventure. If you are unfamiliar with NEOCRAFT, it is the publisher of popular titles such as Tales of Wind and Guardians of Cloudia.

League of Pantheons allows players to assemble their own team of heroes to stop evil forces from conquering the world. The game assembles immortal and all-powerful beings from various pantheons, including Greek, Norse, Japanese, Egyptian, and others, and pits them against one another in a massive battle. Expect high-octane action between supreme beings such as Zeus - the God of the Sky and Olympus, Odin - the Aesir and ruler of Asgard, Wukong - the Trickster and Monkey god, and the Japanese god of the Sea and Storms. 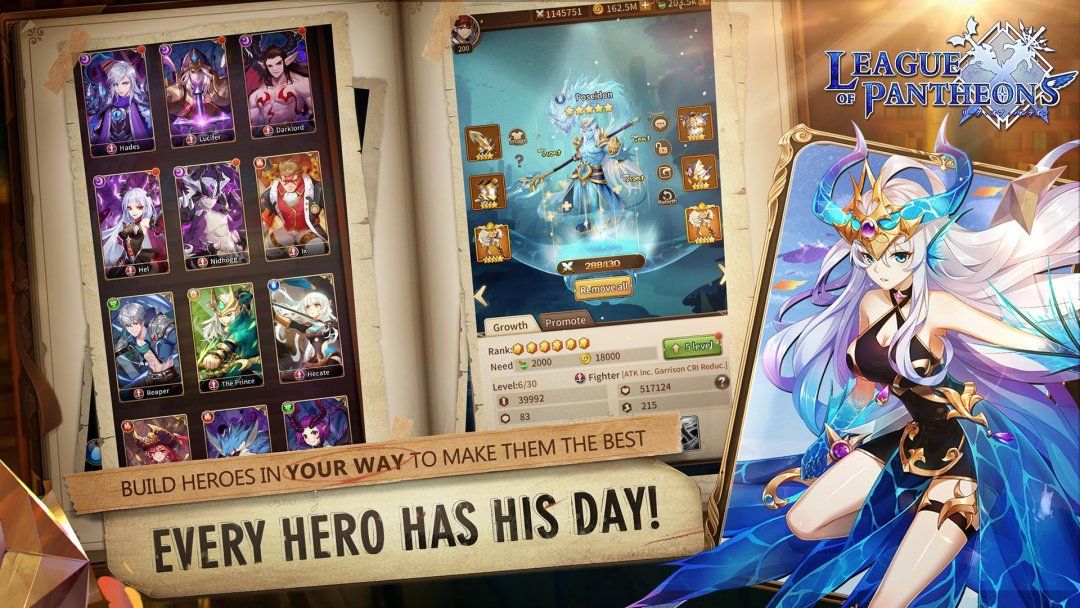 Download League of Pantheons right now to get 100 free summons, unlimited rerolls, and tons of diamonds!
Click to expand...