Sidebar Sidebar
You are using an out of date browser. It may not display this or other websites correctly.
You should upgrade or use an alternative browser.
AND ANOTHA ONE! Riot is constantly keeping the hype on the top. We're still in the middle of pure excitement on Yone's confirmation as a champion and the recent footage of his abilities. While everyone's wondering what epic gameplays will the two brothers will show in-game, Riot is secretly preparing yet another champion in the PBE server. Image credit to Micropoke
​
We've seen Lilia as the dreamy jungler and Yone as the masked assassin. Currently, we're anticipating Yone's arrival on the Rift. His stylish anime-like abilities and cool masked assassin design made Lilia's recent release like wind that passed through. But the Dev Blog says that there is another champion next to Yone.

​
If you can still remember this image from the champion roadmap for 2020, this is the initial hint that Riot gave us for the thrill-seeking marksman. And just yesterday, new evidences were found in the PBE files regarding this new marksman champion. A new emote named Style: Rank S was added to the game file with a design resembling the letter 'S' from the image above. 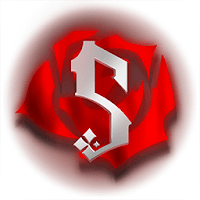 Style: Rank S​
Along with the new emote, a new set of files mentioning the name Samira has been discovered. Based from the name and Riot's description, this will probably be a female marksman with the twist of Jinx's craziness. ​
Personally, when I saw that rose figure, the first thing that comes in my mind are the roses from Jhin's animation. If you're not familiar with her description, here are the teaser questions that Riot gave:

"Do you like to laugh in the face of danger? Do you enjoy stringing together abilities, creating stylish new combos? Does the idea of diving straight into the fray, firing a whirlwind of blades and bullets, then hopping back out with a sliver of health excite you?"

These leaked files were discovered on Patch 10.16 PBE cycle. Any changes can still be made before getting implemented on the actual servers. But, maybe, just like what happened to Yone's series of leaked images and footage, we might see a glimpse of this new champion soon. What do you think of this new champion? Share us your thoughts below.
Click to expand...