Sidebar Sidebar
You are using an out of date browser. It may not display this or other websites correctly.
You should upgrade or use an alternative browser.
Liyab’s Enderr set to defend StarCraft ll title in World Electronic Sports Games 2019 SEA; Liyab AoV also secures spot at AoV International Championship in Thailand

Liyab Esports, the professional Esports team of Globe in partnership with Mineski, scored impressive wins in qualifying tournaments to book their spots in prestigious international tournaments set next month. 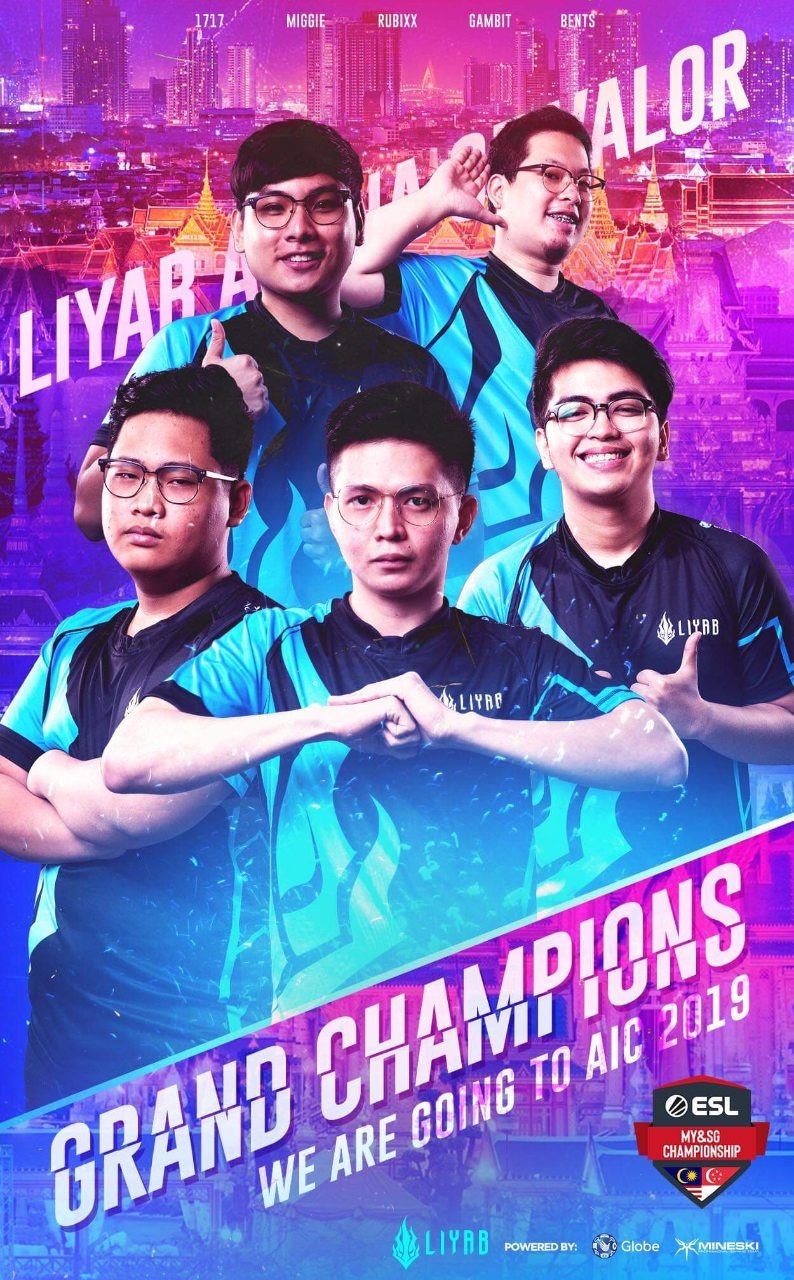 Enderr routed eXoXtinct, 3-0 in the title game to book his return ticket to the World Electronic Sports Games (WESG) 2019 set at Kuala Lumpur, Malaysia in November 2019.

Enderr is the defending StarCraft ll champion in the regional tournament founded and organized by Alisports, an international Esports gaming company based in Shanghai, China.

“I’m very happy with the way I played in the finals. Despite the score, my opponent gave me a good fight. I welcome the opportunity to defend my title but more importantly, the chance to participate once more in an international tournament gives me more confidence as I prepare for the forthcoming Southeast Asian Games,” Enderr says.

Ender, who is seeded in the main draw of StarCraft ll in the WESG, is also a member of the national Esports team that will see action in the 2019 Southeast Asian Games in Manila later this year.

In the WESG finals, Enderr is expected to contend with other athletes who will also compete in the 2019 SEA Games.

“Aside from the experience, it will also help me gauge the level of the competition especially against Singapore, Malaysia and Vietnam,” Enderr adds. Liyab AoV drubbed M8Hexa of Malaysia, 4-0 in the finals to book their spot in the 2019 Arena of Valor International Championship 2019 set to unfold in Bangkok, Thailand next month. It was a sweet revenge for Liyab as they lost to M8Hexa in the last Valor Cup 2019: Road to the Arena of Valor World Cup at the start of the year.

“I told the team to remain focused and not be distracted with our first match against the Malaysians in the upper bracket finals. Fortunately our patience and teamwork gave us the important win in the finals,” Gambit explains. Liyab AoV is also expected to meet M8Hexa’s star players Chan “Ryo” Choung Guan and Chin “TaintedOnes” Wei Song in the SEA Games.

Liyab is the professional Esports team of Globe in partnership with Mineski. Liyab’s strong program, which balances both mental and physical strengths, has enabled its athletes to shine in both local and international competitions. Enderr and the Liyab AoV’s morale-boosting wins in the past few weeks are strong affirmations of Liyab’s blueprint to a successful program.

Along with Enderr, Liyab AoV will banner the country’s bid for a historic gold in the biennial games. The Philippines is among the favorites to contend in six events as Esports becomes an official sport in the SEA Games.