Sidebar Sidebar
You are using an out of date browser. It may not display this or other websites correctly.
You should upgrade or use an alternative browser.
The end of the first round-robin saw Talon Esports bring an end to Ahq eSports Club’s 7-game winning streak. The Hong Kong-based team became the first of two teams to beat AHQ. Machi Esports repeated the feat in a convincing manner on the last day of Week 3 to set up a 3-horse race at the top of the table.

Talon Esports and Machi Esports both found their form in Week 3, winning all 3 of their matches largely due to the performance of their star players TLN Kaiwing and MCX Mission.

Despite a strong end to Week 2 for J Team, where they managed to upset Talon Esports, the team backed by Jay Chou dropped all 4 games this week. This included yet another crushing loss against Nova Esports. NOV MixCrosS put on a clinic in what is arguably his best game of the split. Finishing the match against J Team with a 5/0/9 KDA on Miss Fortune against JT Lilv’s Varus.

Resurgence finally scored their first victory of the split by upsetting Liyab Esports. RSG Shinsekai dominated the match with an 11/0/11 KDA on Sett while completely nullifying LYB Kurd in the top lane.

The top of the table battle between PCS hot favourites, AHQ and TLN started off slow with both teams opting to play conservatively. Talon Esports was able to gain a slight edge over AHQ in the mid-game by securing an Infernal Dragon. The boost in power provided by the Infernal Dragon helped TLN win a game-changing team fight that started with a beautiful triple knock-up initiation by TLN Hanabi’s Ornn. 3 Ahq members were taken out in that fight and it helped create momentum for Talon to press their advantage and eventually take the match as well as end Ahq’s winning streak. Player of the week - ALF Catjug

Alpha Esports’ star Jungler, ALF Catjug secured MVP in all 3 of their wins in Week 3. His performances on Gragas and Rek’sai were both impressive but pales in comparison to his Lee Sin in the game against Liyab Esports. Last week’s player of the week: LYB Doedoii, LYB Kurd and LYB Rex were unable to secure a single kill in that game while Catjug highlight-reel performance ended with 11/1/10 KDA. 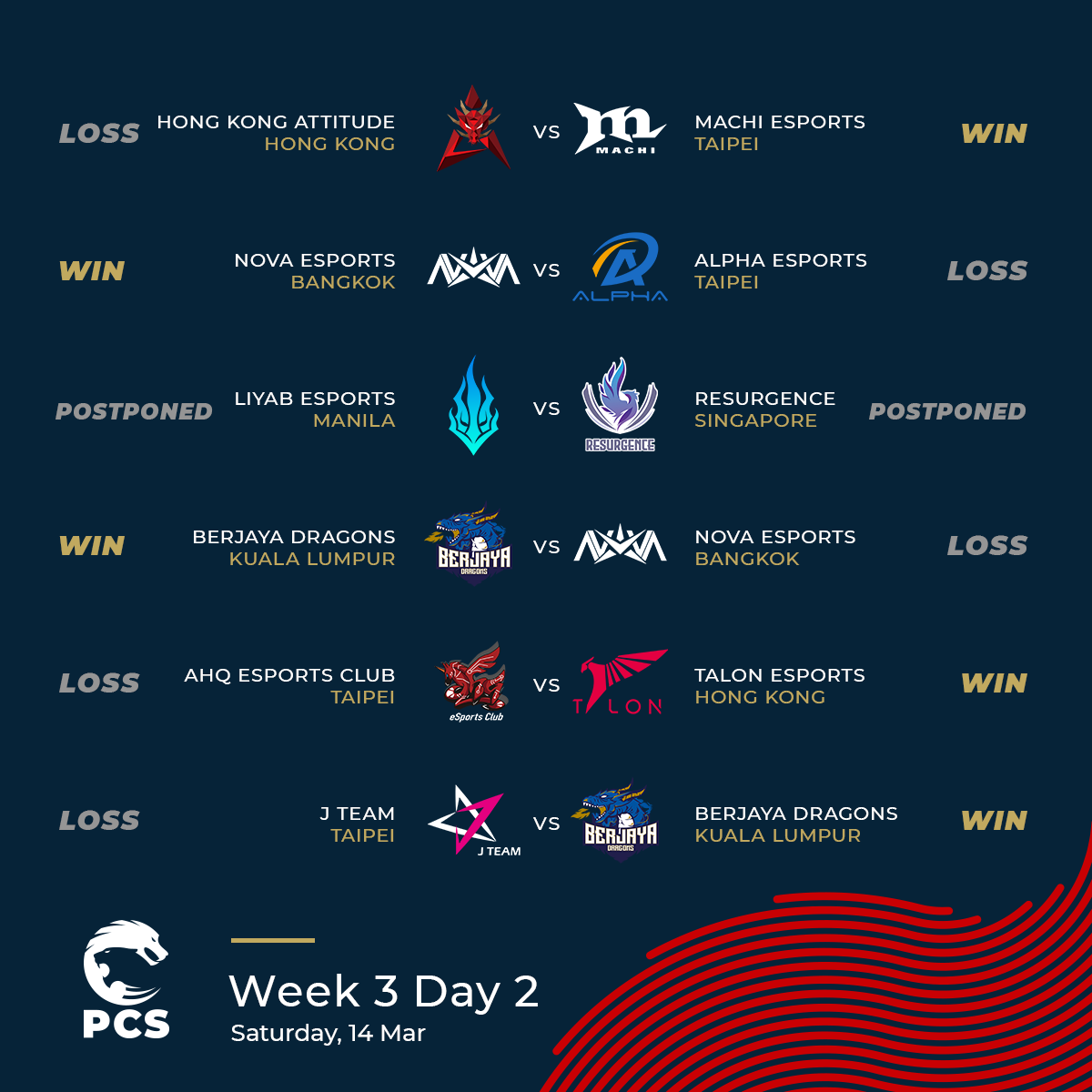