Sidebar Sidebar
You are using an out of date browser. It may not display this or other websites correctly.
You should upgrade or use an alternative browser.
A new hero came in the test server and it might be released in the original server in the next few updates. The new hero's name is Floryn and along with her release, some hero adjustments are also written in the latest advance server patch note. Here are the details. 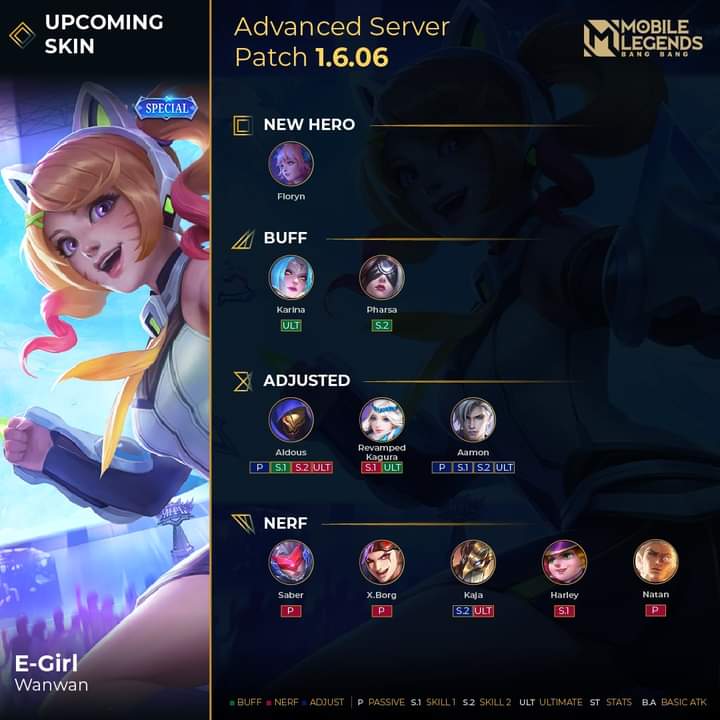 Floryn is a support hero that provides healing effects in which still only a few hero in the game has. She also has many utilities as a support. Here are her abilities:

When at the Fountain (Base), Floryn can share the Lantern of Hope’s power with an allied hero, granting them an extra piece of equipment slots. The equipment takes effect after Lantern of Hope evolves.

Skill 1 – Sow (Damage, Heal)
Floryn casts an energy seed at a designated enemy, dealing Magic Damage. Healing Fruits will then spawn and bounce off the enemy to nearby allied heroes, each fruit restoring a certain amount of HP. One of the most notable adjustments in the latest patch note is the changes made to Aldous.

These changes may all be implemented in the next original server update or only some of these. The patch note is only applied currently in the advance server.