Sidebar Sidebar
You are using an out of date browser. It may not display this or other websites correctly.
You should upgrade or use an alternative browser.
Here are the results for the Week 1 of MPL-PH Champion Invitational! 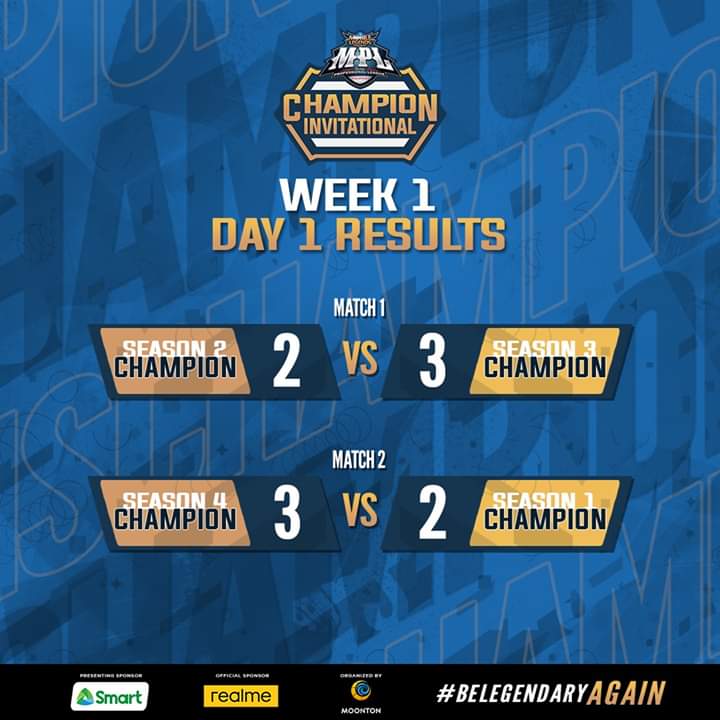 The day 1 ended reigning Jeffqt4ever of the Season 3 Champions as the MVP of the day with a KDA average of 3/3/4. He used Hayabusa, Claude, Karrie, Granger, and Helcurt.