Sidebar Sidebar
You are using an out of date browser. It may not display this or other websites correctly.
You should upgrade or use an alternative browser.
With the adjustments brought by Patch 1.4.94 and it has been more than a week after Khaleed's Release, Lolita has now been dethroned. One of the newest adjusted heroes takes her spot. Have an idea who it is? Then, let's now look at the best heroes currently! Previously Top 5, now down to Top 10! Even after the tournaments, Kimmy managed to stay in the rankings. Her carrying ability might be underestimated by others but she can actually do both pushing and dealing burst damage even with a magic items build! This also makes Kimmy a flexible hero to use. Even adjusting to a line-up is not hard for Kimmy since even with another marksman, she can be built and used as a mage to complement the team composition. Her ability to get other objectives like turtle and lord also helps a lot for the whole team thus giving a higher success chance to win as long as you know how to play her properly. Chang'e was previously top 6 in this list. Her win rate dropped a bit but her pick rate continued to increase! Chang'e might be easily countered by some tanks like Lolita and Baxia yet players now starts to adjust their playstyle to play against her common counters. Chang'e is now worth the risk since she now deals higher damage output and faster movement. She can also be played as an offlaner as demonstrated in the professional league. She can deal higher damage to turrets compared to other mages. She can prevent a push or even scare to enemies away to leave the lane. Her very long range and high damage per second is also significant. Along with the META changes and adjustments, Chang'e is again seen in high competitive matches. Her capability to also steal the enemy buff easily and quickly is an advantage especially for solo queue players. Uranus is still one of the best offlaners right now. He might be banned but everytime he is not banned, he will be most likely picked! His superior HP Regen makes him do many things efficiently. He also has a good skill set for clearing minion waves. He can also deal decent damage in teamfights while tanking at the same time. The only downside of Uranus is that he has no crowd control skill to be used as a main tank but that doesn't mean he can't be a META hero since he can do other things much better than other heroes. Baxia is one of the best among the remaining tanks especially when Atlas and Khufra is unavailable. Even if he has low pick rate, having a high win rate means he really is worth picking. This data is for ranked games only but in professional tournaments, he is mostly picked for either a tank or offlaner role. He can actually do both. He is a counter against High HP Regen heroes like Uranus and Estes. He also reduces the lifesteal gained by enemies due to his passive so he is a counterpick to Esmeralda, Thamuz, and other high lifesteal heroes. He counters both physical and magical lifesteal including skill lifesteal. The revamped Gatotkaca was one of the best adjustments just done recently. He is now one of the best heroes to use especially for solo queue players who want to do many things like tanking, lane control, and pushing. That is one of the reason why his pick rate is high! He can be played as an offlaner or as a tank. His new passive makes him deal more damage even if in full tank build. He is now helpful not only in teamfight due to his durability, crowd control, and damage, but also because he can now do solo lane and push! From Top 9 to Top 5! Masha is known to be the best in getting objectives. She can kill turtle and lord fast even if solo. She can destroy turrets fast. She is also very good in 1v1 situations. Most players are teamfight-oriented that is why she is not popular. But as long as Masha is used by a good player that can adapt in many situations, there will always be a way to secure a victory just by securing objectives. Besides, objective wins games. Her plus quality as an offlaner is that she can steal the enemy red buff at the start of the game with ease. 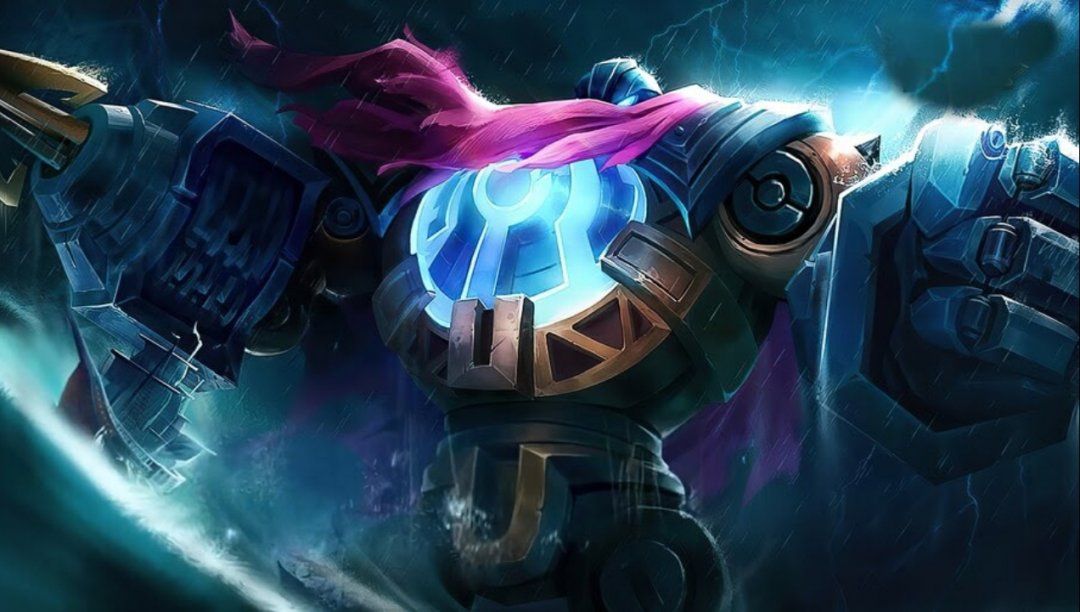 Arguably the best tank for those who want to adjust to tank role in solo queue matches. His mechanics is not that complicated thus even new players can play this hero well. That means he can also be mastered easily. What makes Atlas great is that he is naturally tanky due to his passive that gives hybrid defense. He also has good mobility. His initiation capability is also very good and easy to perform. Epic comebacks are also very probable with Atlas if he can cast his ultimate skill to many targets while you are defending the base and wipe them out. No wonder why Atlas is in this list. Those high win rate and pick rate stats already proved it. From Top 7 up to Top 3! She is still one of the best support heroes to use right now. She can also be used as an offlaner. Her win rate and pick rate also increased this week compared to the previous week's stat. Her pick rate was only increased by 0.03% but that is still an increase. She is tanky because of her passive. She has CC because of her second skill. She can last long in teamfights and give sustained damage and lifesteal because of her first skill. Her ultimate skill is also a game changer. She may not be a very popular pick in solo queue but she can definitely help in winning games as long as you have a trustworthy carry hero. She is a tank/support that counters the Marksman META. Her second skill can deny the damage from any projectiles and long-ranged basic attacks. She is a popular counterpick against Granger, Karrie, Kimmy, and Chang'e. Thus, there is no doubt why she shines in the current META. She can even blocked the ultimate skill of Cecillion. Recently, her pick rate decreases but not her win rate. The rise of other tanks and supports might be a reason why Lolita became a situational pick again. Yet, she still stayed as one of the heroes with the highest win rate. The revamped Yi Sun Shin skyrocketed to Top 1 after Patch 1.4.94! His stats are also outstanding. He almost has a 60% win rate with more than a percent of pick rate. His impressive performance is not that surprising since even professional tournaments showed that he is indeed the best hero currently. Yi Sun Shin can farm fast, scales well, and has mobility and survivability. He can take objectives quickly and be very helpful in teamfights. He also has a global presence because of his ultimate skill that can deal damage to the enemies anywhere in the map and can reveal their locations. He also has the ability to be immune to crowd control. What else will you look for about this hero? Expect adjustments on Yi Sun Shin for the next patch but as long as he is not adjusted, he will continue to dominate the game.