Sidebar Sidebar
You are using an out of date browser. It may not display this or other websites correctly.
You should upgrade or use an alternative browser.
The tournament started with 20 teams. After three days of game series, twelve teams are knocked out from the tournament while the rest advance to meet the champions. Here are the results of the Round of 16 match-ups. On the first day, there are two Indonesian teams who won along with one team each for Myanmar and Philippines. Ronin Esports eliminated Execration. Geek Fam swept Bigetron Alpha. Onic PH won against Onic ID. Genflix Aerowolf defeated Omega PH. On the second day, there are two Philippine teams who won along with one team each for Singapore and Indonesia. Blacklist International and Aura PH advances after beating Resurgence and Aura ID respectively. Alter Ego defeats Evos Legends while Evos SG won against Orange Louvre. The results are very interesting since it will be a battle of Indonesia Vs. Indonesia in the RRQ bracket, battle of two Philippine teams in Bren Esports bracket, and battle of two Myanmar teams in Burmese Ghouls bracket. This means only one team from Myanmar and Philippines can advance in the Semi-finals and it is certain that those countries will have a team in the final four. Meanwhile, Indonesia still has Geek Fam in the Todak bracket. 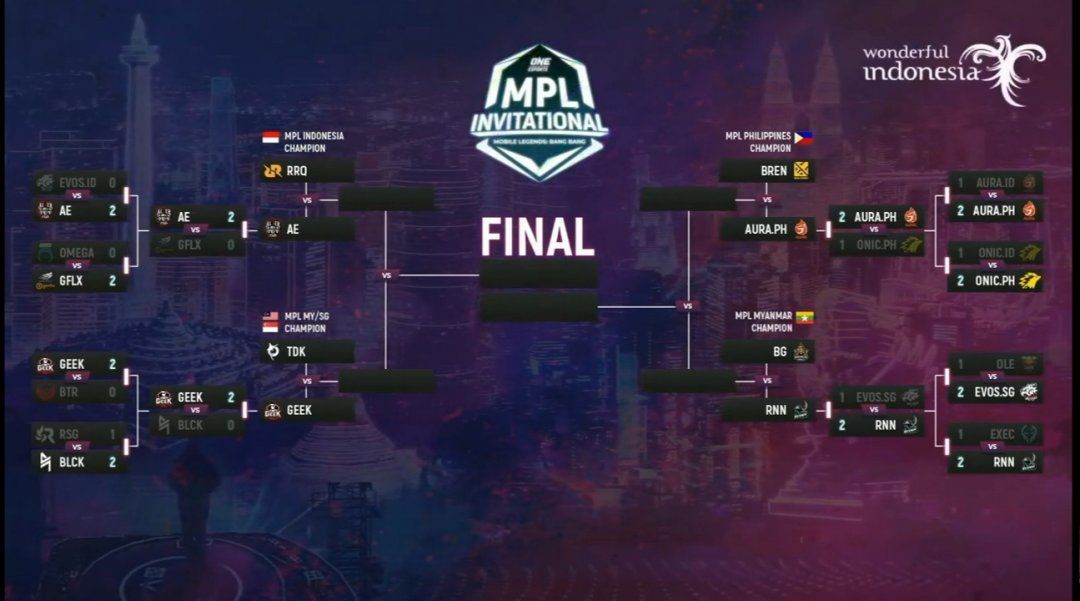 Will we able to see a battle of Champions in the Semi-finals? Or a non-champion team can advance?

Tell us your thoughts and tune in for more news and updates!
Click to expand...
J
Written by

Shining Beyond Officially Launched, Is It Still Worth The Try?