Sidebar Sidebar
You are using an out of date browser. It may not display this or other websites correctly.
You should upgrade or use an alternative browser.
After receiving heavy backlash from the Thai player community, the official NIKKE-Goddess of Victory Thai Facebook page has taken down their advertisement. 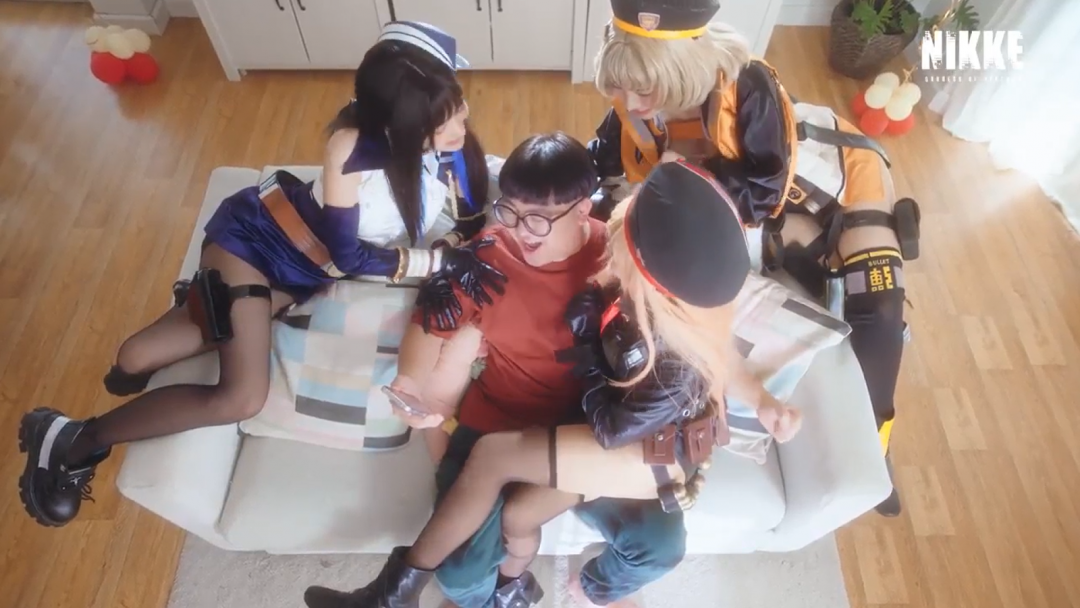 Because of an advertisement that they posted last January 11, the official Thai Facebook page of the mobile gacha game, NIKKE-Goddess of Victory had to take down their post as it did not receive the feedback that they expect from the Thai playerbase.

In the advertisement, instead of the player enjoying his birthday party he was seen pulling out his phone and playing NIKKE. He was entranced by the buttocks of the characters before he was interrupted by a boy, who brought him a cake with some lit candles. He then wished for Anis, Rapi and Marian to appear in real life. His wish was granted after the three characters appeared in front of him, bathed in angelic light. Anis, Rapi, and Marian proceeded to twerk in front of him, just like the attacking animation shown in the game. The protagonist in the advertisement was seen to be in bliss as he is surrounded by the three girls that he wished for. After seeing the advertisement, the Thai player base was offended by it as it appears that they depict them as perverts who only play the game for the characters. The developers then issued an apology statement to the players that they misrepresented. It was posted on the official Facebook page:


Here’s the translated version of their apology statement:

【Sorry for the online advertisement incident on January 11th】

The team must apologize and apologize for any content and style of presentation in this ad. That results in players being extremely uncomfortable or dissatisfied. For this mistake, the team has acknowledged the lack of care in considering the presentation of the content in the advertisement and has published it in detail. The team has already removed and suspended the distribution of such advertisements from the official social media channels of the Thai region in all channels of the game.

The team would like to thank you for all the comments from all players. The team will take comments and suggestions from players to improve and develop content. The form of advertising and promoting the game to be better in the future. Including careful and thorough refrain from presenting more sensitive content in various fields.

The team apologizes for the incident that happened once again.

The developers then thanked the players for their feedback and said that they will use the feedback that they received to improve their future contents, advertising, and PR format.
Click to expand...