Visit site
Note that this is still in progress and I will updated this guide if something new comes up. Sorry no audio on this video, Also I apologize for any grammar or spelling lapses. I made this on a whim and in English just in case we have we have people here who does not understand tagalog. 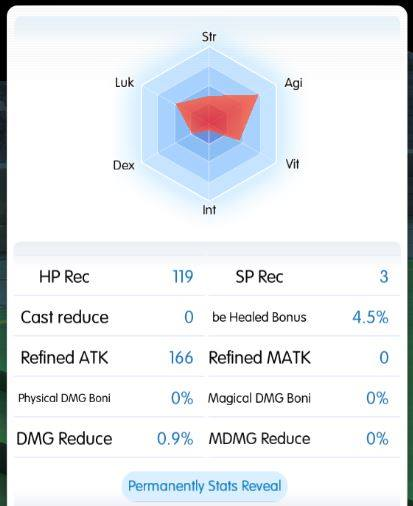 1st of all a big shout out to my guild mate KraDz aka Anthony Flores Astrologo, the fastest Agi Lord Knight I've met in game. His Lord Knight Speed Freak build inspired me to create a Paladin version of it.

This build focuses on 3 things.
This build is also best for those who are most of the time on AFK or just starting out with the game as it only requires basic and easy to obtain equipment as well as a very easy build to understand because it only focuses on 3 things. Kill Fast. Hit Hard. Evade.

I basically power up my laptop and leave my Paladin to where I usually grind and start working then come back to it during break or after work.

I say "as of now" because as soon as I get my gears upgraded and strengthened, slotted and carded, and finally enchanted I am hoping to lower down my LUK and pump up my STR while still being able to achieve "crit lock" state.

The reason behind this is because AGI will be your bestfriend. You will be able to grind in different places and monsters if you pump it up early.

Once you've reached either 70 or 80 Agi pump up your Luk to 40 to increase the chances of you landing a critical hit. Don't worry about Str for now, you will notice that the crit damage will suffice even without upgrading or strengthening your equipment.

After this take it to the next level and max your Agi for more ASPD and Flee then work your way to increasing your Str.

(If you can though, go ahead and upgrade your equipment to atleast +4 and try to keep up with strengthening them to the same level as your base for higher damage results. You may also want to play around with enchantments to beef up each hit you land.)

I wrote these skills in sequence based on what I think is going to be useful to me as I climb up the ladder.

At this stage it's really up to your preference. I maxed out Bash in the hopes that I can work my way up to the point that I've maxed out may Bash Runes. Even if I don't have 99 Str I'm sure I will be able to bitch slap someone with it. /gg get that Bongun card as early as now while it's still cheap and store it in your journal bitches hahahaha.

To be honest you won't be using Auto Guard while you are grinding. It will be extremely useful though during Boss hunts, ET's and the rest of those important runs.

It's just logical to max Consquence as early as you can in my opinion because it gives you P.ATK +50 and Damage to Undead and Demon Race +10%. That's some gangta shit right there bruh.

Next is to pump up your HP (for better survivability) with the help of the skill Faith, don't worry about Reflect Shield for now, Auto Guard is more than enough.

I placed Sacrifice at the bottom, honestly I am very hesitant to put it in there and might put the skill points to Defender since this build won't have as much HP for the Sacrifice skill to be at its best.

I am considering Defender because high dex monsters will surely be a pain in the butt and can kill ang Agi based build as easy as 1-2-3.

Disclaimer: This is just my wish list. I don't have most of this but in the longer run I want to at least have some of it on my journal or slotted in my equipment. I thought it might be of help to everyone as well.

My 1st choice is Baphomet Jr.

Can not be upgraded

Visit site
which would you recommend early in the game, equip the bonggun card on weapons or leave it on journal?
A

Been using this build for a couple of weeks now and I love it, thank you! It definitely allows for good grinding and is pretty solid! At Base lvl 89 Job lvl 9 (multi job caused me to have to start from scratch recently) I'm able to grind easily in most places and was able to make ET 45 by myself! Thanks again, this build is great!
R