Sidebar Sidebar
You are using an out of date browser. It may not display this or other websites correctly.
You should upgrade or use an alternative browser.
Let me first say Hi to all my fellow 90s and early 2000's kids who grew up loving the Slam Dunk anime. Those few shot clocks that extend up to 2 episodes using flashbacks will always be part of our memories. And now, we can all get to relive those sweet past memories with DeNA's newest game - SLAM DUNK. Well, what do you expect? Slam Dunk's the show so you'll also get a Slam Dunk mobile game title. Kidding aside, this game is fully authorized by Toei Animation, the same studio that brought us One Piece. You'll meet the original character of Slam Dunk along with its original story of Hanamichi Sakuragi's rookie experience in Shohoku Basketball. According to the game's description, you'll be able to use well-known skills like “Hua Hua Defense”, “Akagi Dunk” and “Lightning Fast”. As for the gameplay, it's a standard halfcourt 3v3 basketball game with an option to play other game modes. These game modes include 1v1 Solo Match, 2v2 Duo Match, Full Court 3v3, and Full Court 5v5. And the game promotes playing with friends by forming a team with them.


You might compare this game to past mobile basketball games except for 2K NBA games. So, let me tell you that Slam Dunk won't have an AUTO-PLAY feature. You'll have to play it in Slam Dunk's way I guess. But, looking at how the game will feature player skills, I can smell the gacha system here. The skills of Hanamichi Sakuragi, Kaede Rukawa, Akira Sendoh, and Shinichi Maki are revived and you may use them to dominate the game. All the characters have their original Japanese CV so you can expect a bit of nostalgia once you played it.

Slam Dunk includes 3-minute Rank Battles. As I have said earlier, you can form a team with your friends to battle the National Tournament and aim to become the champion. For those who hunger victory against other players, Real-Time PVP Battle is also included to test your strength. 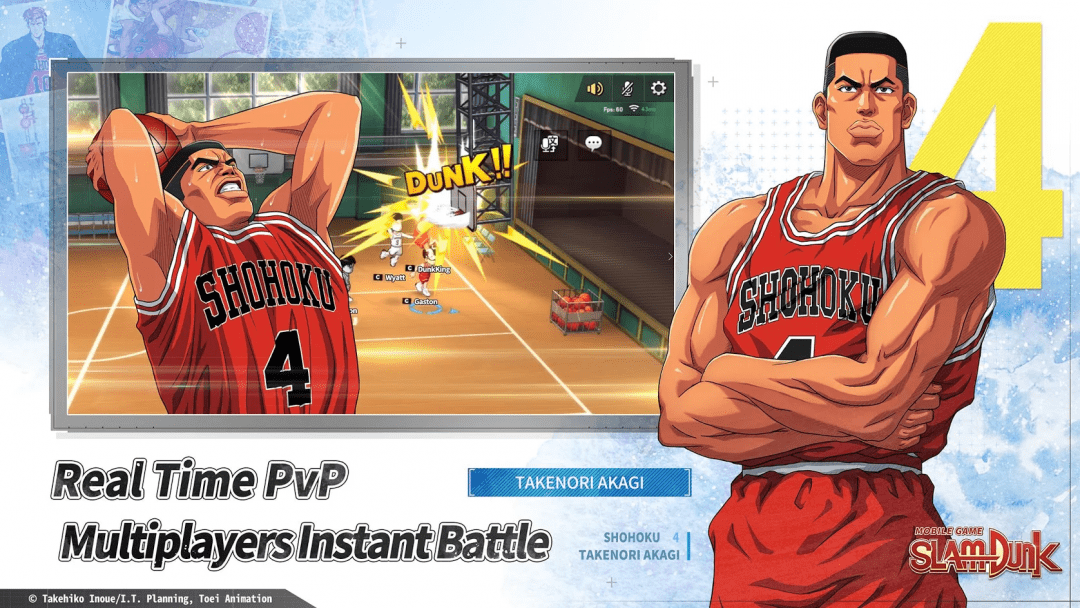 The game is now on pre-registration on both Android and iOS. But, you can also pre-register at their website which will give you a free Hanamichi Sakuragi Info. The Google Play Store and App Store pre-registrations will give you more rewards too. As always, I'll provide the link down below so you can check them out right away. But before that, let me give my thanks to Toei Animation and DeNA for the contents. I'm a fan of Toei's work so I guess I'll give the game a try too.
Excited to see this classic turn into a game? Why not join our Slam Dunk discussion!
Click to expand...