Sidebar Sidebar
You are using an out of date browser. It may not display this or other websites correctly.
You should upgrade or use an alternative browser.
Tales of Arise joins up with Sword Art Online for a collaborative event that includes new outfits, a new Mystic Arte, and a duel against Kirito and Asuna. Tales of Arise was a critical and financial triumph, selling over 1 million copies in less than a week. It also broke the record for the most concurrent players on Steam for the entire Tales of series. Now, Bandai Namco Entertainment has revealed a crossover DLC for Tales of Arise that will include two iconic anime characters as boss fights. 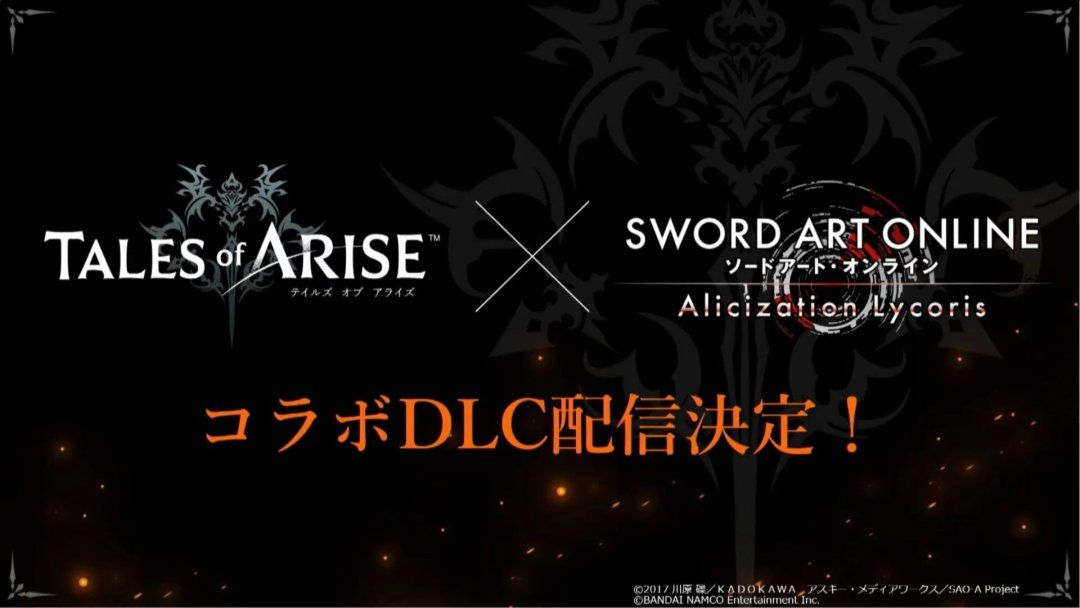 The majority of Cameo Battles in the Tales of series are boss fights against characters from prior games. This fight frequently contains music from that game, adding to the fan service, and it usually appears as a side mission after the main plot has been completed. Tales of Arise already has such battles, and based on this latest statement, fans may expect more surprises in the future. The Sword Art Online Collaboration Pack is coming to Tales of Arise on October 7, according to Bandai Namco Entertainment. This DLC features a battle with Kirito and Asuna from Sword Art Online, as well as several additional extras. In addition to Kirito's weaponry, players may earn additional costumes for Alphen, Shionne, and Law. In addition, a new Mystic Arte will be added to the game. This news is accompanied by a video including gameplay footage from the fight. Both Kirito and Asuna are level 98, as shown in the teaser, and fans should anticipate this to be the most difficult fight in the game. Thankfully, Tales of Arise provides players with several unique artifacts to help them win this conflict. All of the new animations and movements look incredible, and the video serves as a wonderful showcase for Tales of Arise's visual effects. It concludes with a demonstration of the new Mystic Arte, which includes Alphen, Kirito, and Asuna.


In Tales of Arise, Mystic Artes may only be used by entering Over Limit. It'll be fascinating to see if this new arte is as tough to master as the second Mystic Arte, which asks players to utilize a combination of five distinct movements while simultaneously holding down two buttons.

With the exception of Tales of Zestiria, recent Tales of games have not gotten additional content after release. Sword Art Online titles are also published by Bandai Namco Entertainment, but fans will likely hope for similar crossover events with other companies in the future.

Tales of Arise is currently available on PC, PlayStation 4, PlayStation 5, Xbox One, and Xbox One X/S.
Last edited: Oct 7, 2021
Click to expand...