Visit site
In Talisman Online M, the Event Scroll contains almost all the daily tasks to be completed by players. In Event Scroll, you can quickly enter the event location, check the event time and rules, and join or create parties. After completing some of the events, you can also claim daily activity rewards. There are 5 layers in Blood Lord Dystopia, with different monsters and bosses in each. Players need to finish each layer’s mission in limited time, and then enter the next layer. The higher layer is, the higher level of difficulty it has and higher rewards in return. If players don’t finish the layer within limited time, the mission will stop. If players fail before entering the layer 4, then you will have one and only chance to take the challenge again. But if you fail after layer 4, then the task will automatically finish. 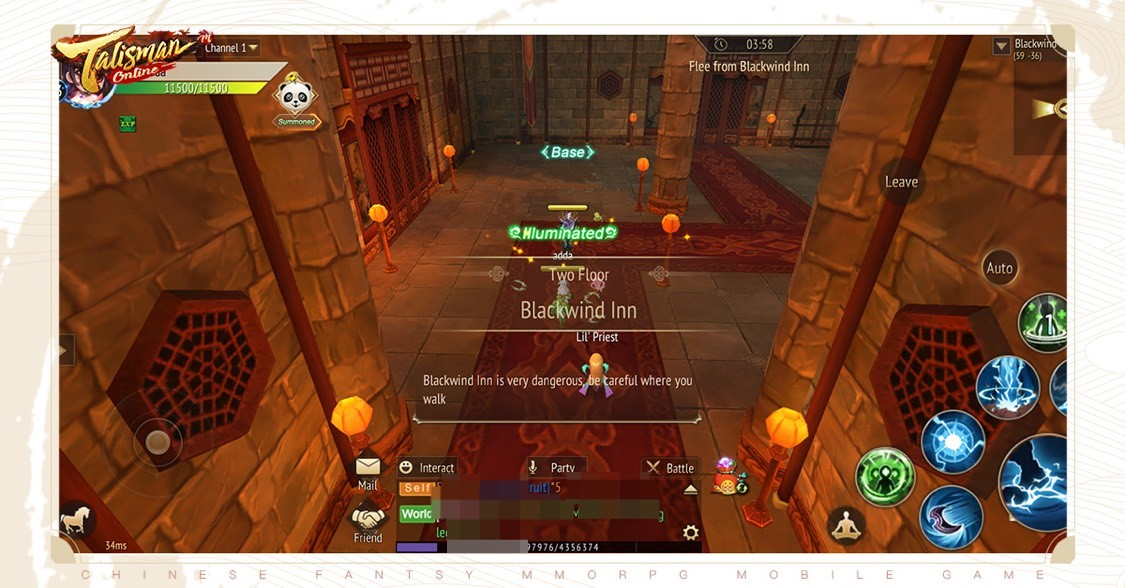 Protect the Monk
The mission of Protect the Monk is an important source for Silver. Therefore, it is very important for players to well protect the monk while he is sleeping from being attacked by monsters. There are three endings that the mission will finish: one is that the Monk dies; the second is that the mission time is out; the last one is that the Monk is awaken. The monsters will come in waves and with the more waves o monsters that you defeat, the higher rewards you will obtain. There will be a boss in every 5 waves. And only after 11 waves were defeated, you will be able to obtain Silver.
Please be noted that if your level is 15 lvl lower than the maximum level in the server, you’re not able to get Silver after finishing the mission. Lelani has accepted the mission to head to different locations and investigate on the Blood Lord; meanwhile, there will be monsters trying to attack her. So, players need to protect Lelani during the investigation and clear the monsters in each location. The more locations that Lelani investigates, the more rewards you will get. The mission finishes when the time is out or all the monsters are cleared. Besides the events mentioned above, there are some time-limited events in the event scroll, including Race, Peach Graden and Raining beads, etc. If you want to clear all the daily events in a time-effective way, you can quickly complete the Race, Peach Garden, Raining Beads events in the morning. Additionally, when you are collecting the raining beads; you can use expert sweep to finish the Divine Trial at the same time. In the afternoon, there are time-limited events like Brawl Arena, Divine Arena and Bonfire Party that can reward players with large amounts of daily activity points and rewards. Besides, there are also events that can be completed at any time every day, like the Demonic Array, Suppress Fiend, Blood Lord Dystopia, Protect the Monk, Escort Lelani, Daily dungeons and Energy Release. If you can find a good teammate or partner, you can easily use your spare time to finish these events.


Rewards of Each Event in the Event Scroll​ Apart from the event rewards, after you finish 8 to 10 daily activities in the Event Scroll, you’ll reach 100 daily active points and be able to claim all the daily activity rewards, including daily consuming items like Purple Fruit, Skyforge Gem, Exp and SP Talisman, Large purple gem and rare items like Scarecrow and Large Forging Gem Bag.

Talisman Online M How to get more Silver?