Visit site
Comment your useful tips on clearing the Purgatory 5F below to win a small gift from Tom! After reaching level70, the Purgatory 5F will be unlocked for immortals, and Tom believes that majority of you are ready to take the challenge! However, compared to the previous floors, the 5F has a higher difficulty level, so Tom has prepared this clear guide for you. Party Setup: 2 Tanks (Assassin and Monk), a Priest, and 2 any classes 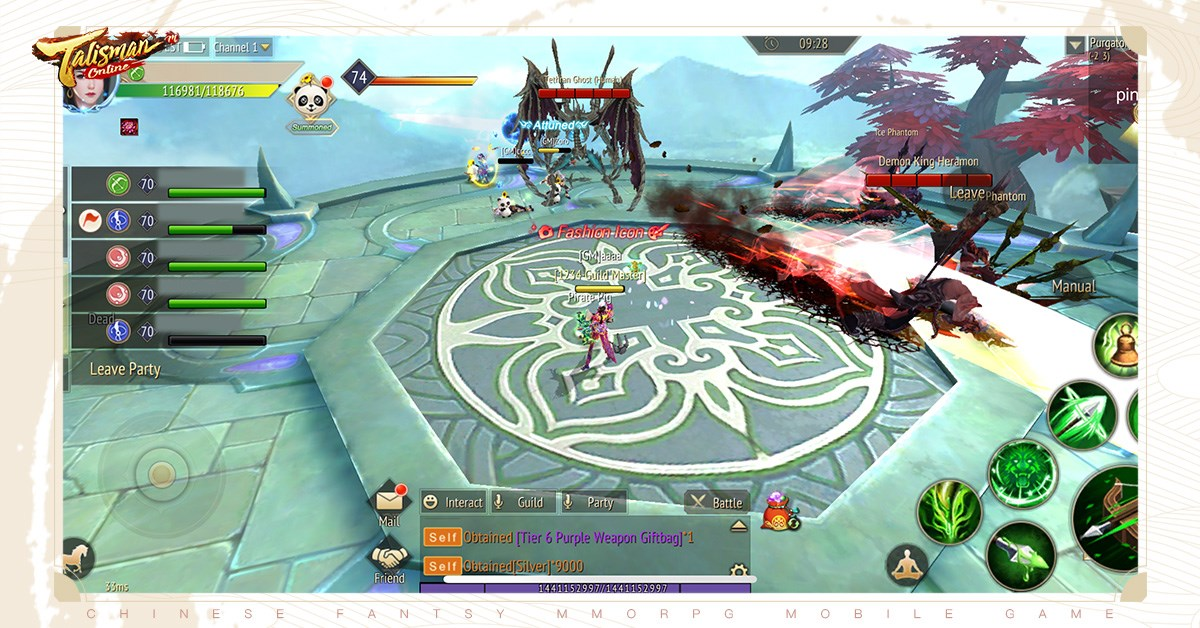 Once entering the dungeon, two tanks need to separate the two bosses and lure each boss to one side of the battlefield. Assassin with a higher flexibility is the best character to lure Tethran Ghost (Human) while the other members focus on killing Demon King Heramon first.

Since Tethran Ghost has a very short cooldown time on his skills, it would be easier for Assassin to avoid the skills wearing Quick Feet Sub-weapon.

Here is an overview of the Tethran Ghost (Human)’s skills:

Therefore, whiling dealing with Tethran Ghost, a flexible movement is the key. However, Assassin players need to hit the boss now and then to keep attracting its anger. If you die, please use Scarecrow immediately in case that the boss moves away to attack your team members.

Demon King Heramon has a high desire to attack and he will summon two clones. These two clones will inherit all of Heramon’s skill except the clone skill. Therefore, players need to concentrate the attacks on the main Heramon instead of wasting time on the clones. The Monk player needs to keep attracting the focus of Heramon and his clones so the other players with higher damage can be away from the damage and output the maximum damage. After killing Heramon, all the players should gather to deal with Tethran Ghost (Human). As long as you instantly avoid the skill attacks, it would be easy for you to defeat him. But there is one thing that you need to be beware, which is when the HP of Tethran Ghost (Human) is lower that 10%, it will change to the dragon shape and restore the HP to 100%. The skills of Tethran Ghost (Dragon) are as following:

When fighting with the Tethran Ghost (Dragon), it is important to pay attention to the sign of skills and get ready to avoid the damage in advance. Players will only have 10 minutes to clear this Purgatory Floor. Therefore, it is suggested to bring enough Scarecrows to ensure a quick return after being killed.

That’s all for the clear guide for the Purgatory 5F. Hope it will help all the immortals. If you’ve already finished it, you’re also welcomed to leave your tips in the comment below!
Show hidden low quality content
You must log in or register to reply here.