Tensura: King Of Monsters - Shizue Is Still Waiting For Your Pre-Registration Before The Official Launch iOS Android

Sidebar Sidebar
You are using an out of date browser. It may not display this or other websites correctly.
You should upgrade or use an alternative browser.
Tensura: King of Monsters is now open for pre-registration and one very familiar character is already waiting for you as your initial reward! Hong Kong's Hoolai Game Ltd launched the game first in Taiwan before releasing it to the global market. That Time I Got Reincarnated as a Slime, also known as Tensura for short, is popular anime with its Season 2 currently on-going. The game looks nice already so let's take a good look at what it can offer us!
​ ​
Who would've thought that a simple, yet clever, idea of a powerful slime as a protagonist will be a good hit. Slimes are often known as the weakest mob in any role-playing games out there. Kidding aside, Tensura: King of Monsters will feature the original characters from the series. The plot of the game represents the original story too! And since we're talking about popular characters, you already know where this is heading.
​ ​
Yes, the GACHA system it is! All hail the great rate system! Since the game will feature powerful and complex characters such as Benimaru, Milim, and Shizue, collecting them would be fun and thrilling when rolling for recruitment. As for Rimuru, they created a system wherein you'll play as Rimuru himself. But, it's kind of systematic tho. You're going to play him with the devouring system instead.
​ ​
If you can still remember the unique skill of Rimuru when he got transported to another world as a slime, it's the Predator. This skill gives Rimuru the ability to devour, analyze, and mimic any material he eats. Well, the developers implemented it in the game. It's like mixing gacha RPG and Tamagotchi or Pou in one game. You'll feed Rimuru certain materials to grow and make him the ultimate slime the world will ever know.
​ ​
There are currently 2 existing mobile games in the Tensura franchise. The first one is Gamegate's That Time I Got Reincarnated as a Slime: Lord of Tempest, which still doesn't have an English translation. The first mobile adaptation received a good amount of audience and even managed to have its 2nd anniversary. But, without any bad comparison at all, I can see this new game's success going further than the first one.
​ 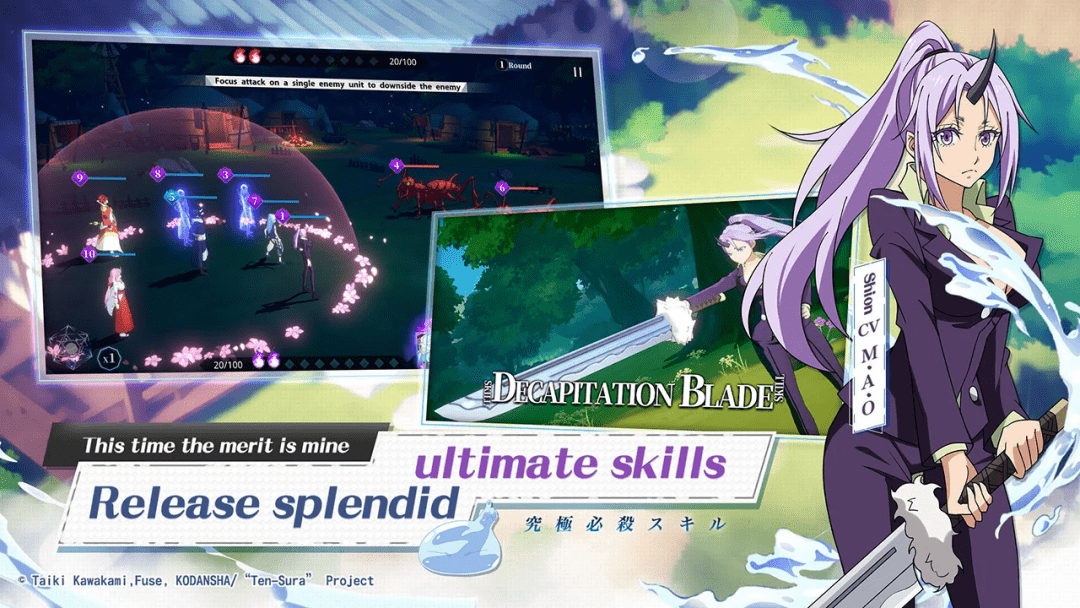 ​
As for the release date of the game, the App Store page indicates that the expected date of release is on January 26, 2021. Don't worry, I'll provide all the links you may need down below. Pre-register now to get Shizue [Board Lady] as your reward when the game officially launches. Some recruitment currency would be good too, but hey, we can't be choosy. It's Shizue Izawa, people!
​ ​
All the images and content used are properties of Hoolai Game Ltd. We thank you for creating a new game for us and making that wonderful and innovative devouring system. It will help us feel and think more like Rimuru as we play the game. As for our dear readers, we got your backs for any future updates!

Hello there, future slime! You might have some ideas to share! Then why not come and join us in our Tensura: King of Monsters discussion now!​
Click to expand...

Through the Pandemic: Mineski Global continues to catalyze esports growth in SEA