The Birth of Angela

Dr. Baker was one of the founders of Lab 1718, an institution created with the aim of bringing peace to the world. But as his co-founders fell deeper and deeper into their depraved human weaponization experiments, Dr. Baker felt he had no choice but to leave and pursue a new project. 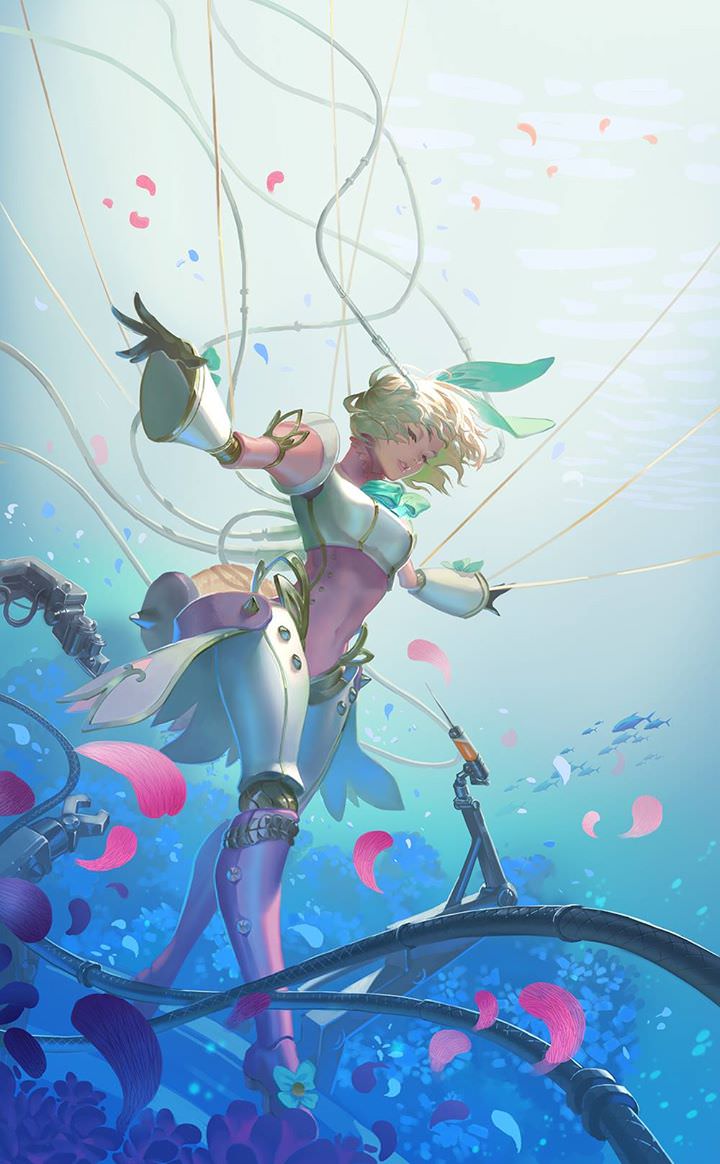 Renouncing the questionable ethics of human experimentation, he endeavored to create a new kind of life-form, solely from a mechanical skeleton, puppet strings, and synthetic skin, and finally, a new generation of artificial life was born.

Dr. Baker firmly believed that love and hope were the greatest inventions of mankind, so he programmed the world's most moving stories into the heart of his new creation.

One bright morning, Peace Android Prototype 1 awakened from her bed, and Dr. Baker bestowed upon this adorable mechanical angel, the name Angela.

Angela followed Dr. Baker's tutelage, studying hard to understand the world, and hoping to meet the doctor's high expectations. However, their peaceful life together was soon cut short.

When the mad scientists of Lab 1718 heard rumors that Dr. Baker had created a living soul outside of a human body, they couldn't believe it.

They convinced themselves that Baker had betrayed them, keeping this knowledge to himself before fleeing, and so they ordered Dr. Baker's past creations, Alpha, and Beta to hunt down Dr. Baker and his creation. As their pursuers were just about to close in on them, Dr. Baker placed Angela into a flight capsule, instructing her to seek out his good friend Dr. Rooney.

However, the flight capsule was struck down a terrible thunderstorm and landed in a remote corner of the Land of Dawn. Emerging from the wreckage, Angela began her journey to find Dr. Rooney, and save her father.
Show hidden low quality content
You must log in or register to reply here.

How is the Shura Champion crowned as the Ashura King?