Your early game plan would be almost like any other support. Go either top or bottom lane with a teammate, gives all the last hit on minions and jungle farm to your teammates. DON’T CLEAR JUNGLE ON YOUR OWN. If an enemy was out of position in lane, 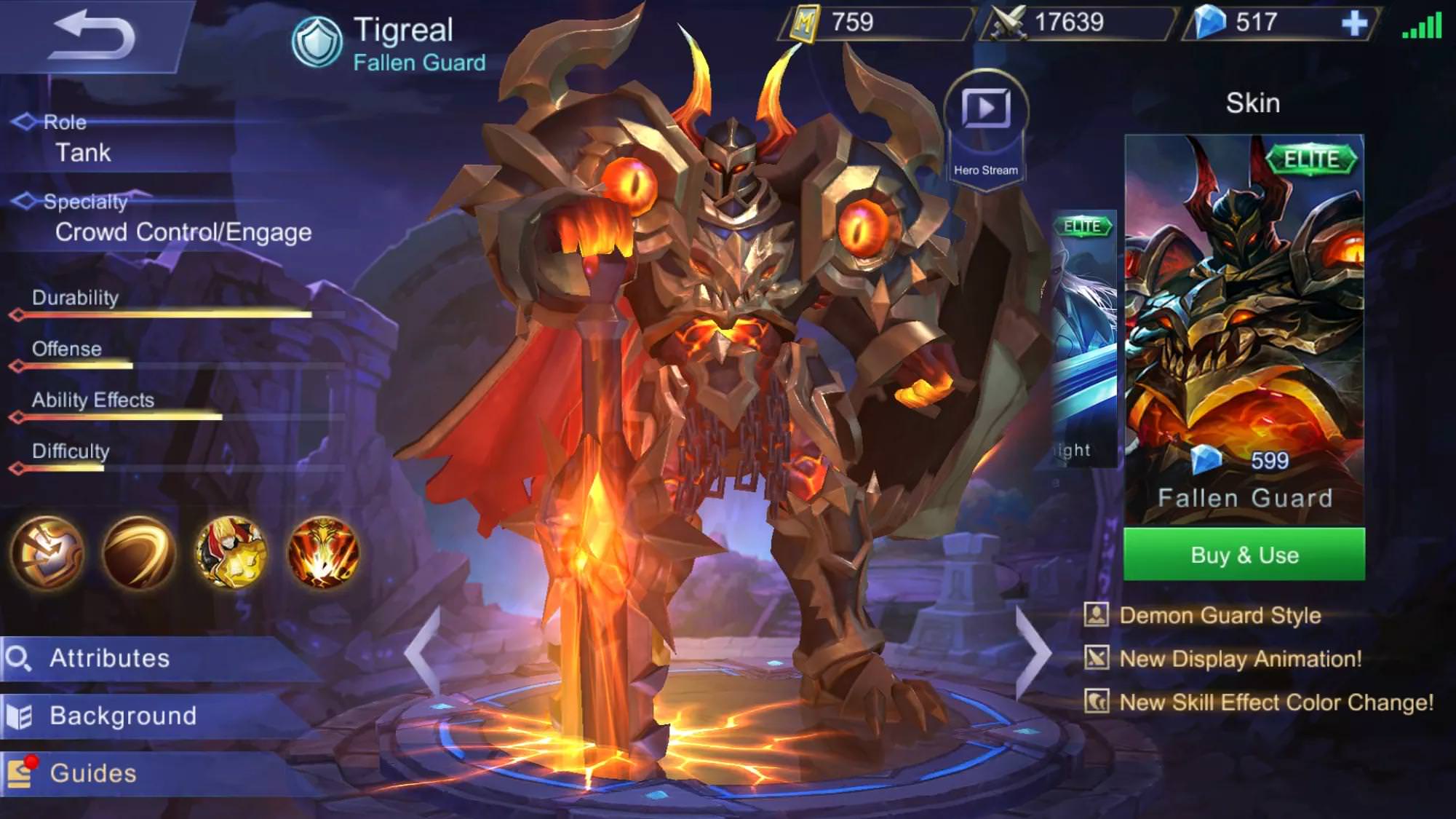 -Enemy is standing near your turret

-Enemy is standing far away from their turret range, while there’s 2 or more allies nearby to help

You can flicker behind them, and Sacred Hammer to push them away from their turret, follow up with Attack Wave and 2nd activation on Sacred Hammer. If you are level 4, use the basic initiating combo then. This can happen in any other places such as jungle, turtle/lord areas as well, not just in the lane.

Roam around and leave your lane! If you doubt yourself in lane, go roam! Try gank the other lanes if possible, use the basic initiating combo or no-flicker initiating combo. As a support, you won’t have much stuff to do while clearing the lanes, so always look at the map and ping which lane’s has enemy missing. It might help your teammates. Knowing what to do in early game is very crucial, transition into mid and late game.

Mid game mostly are the same with early games, always stick with your team, you won’t be any useful without your team! (Other than defending turrets of course, probably the only time you are alone).

From mid-late game, the way you initiate might points a game to victory or defeat, be very careful on the next step you made. Tell your team to let you initiate first, so they don’t get caught easily. Use the signal on the right side of the screen “Attack!” to let them know you are initiating.

Grouping 5-man with Tigreal is always the strongest. I suggest not to initiate/engage when one or more of your teammates aren’t near , whether they are split pushing, farming, clearing jungles etc UNLESS you are 100% sure that your team outnumbered/outfarmed/outfed and 100% win against the enemy, then you can proceed with your basic initiating combo.

There are almost zero counters against Tigreal combo if you are quick enough, and they have no Purify or Flicker fast enough away from Tigreal’s ultimate. You can turn a losing team to a winning team with a perfect teamfight. With Tigreal, you can get so much clean aces with a initiating combo.

It would be definitely better if you could play with some friends, they could understand your game plan better with any communicating platforms. Tigreal is definitely a very fun hero to play, definitely worth to buy it in the shop if you haven’t already! So, go have some fun and let us know how it turns out for you! Happy initiating!

Should You Use/Buy Him?? 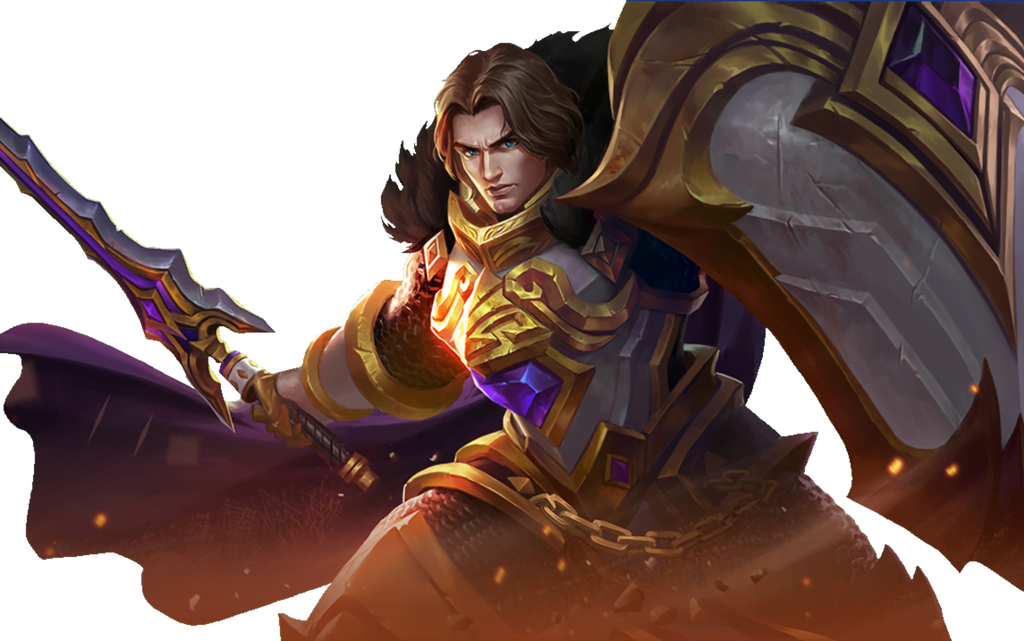 Rating:6-7/10
There is actually better tank than him for setting and could give a benificial support which is Minotaur.without flicker or petri,tigreal will have a hard time to give allies some advantageous set.Blink Skills can escape his Ult.To be honest,without Tigreal's Ult improvement from the last patch (his ability to pull enemies towards him), he is rather "useless" or "uneffective".sorry for the term but its true.Good thing Moonton took notice about him and even give him his own season skin.In my opinion,Moonton should increase the AOE(areaofeffect) of his ult to avoid blink heroes escape.Lancelot for example can easily escape ...

Passive:Each time Tigreal Cast Skill or receive basic Atks from enemy adds 1 stack of blessing into his passive.When fully stacked up to 4,he will be immune to next incoming basic atk.JungleMonster basic atks are included except minions.

good passive against MM.Effective when helping an assassin ally to get their buff.

{Skill1}(AttackWave) - Tigreal Cast a powerful AtkWave forward,dealing Dmg and slows enemies that it hits.Pick this skill and max it first rather than skill 2 since its good for poking and eats less mana.The dmg is quite good when leveled up.

{Skill2}(SacredHammer) - Tigreal Charge forward with his Shield,pushing enemies.(0 dmg).after the "pushing phase",Tigreal will slash his sword UPWARD,knocking up enemies and deals some little dmg.This is Tigreals Mini-Set skill.Note that this skill can hold enemies for a long time so you should use it wisely.Push enemies that threats allies or push enemies towards your Ally.Depends on the situation.This is useful for pushing enemies towards your turret.You can use it as a blink skill for escaping.note that this skill dont pass through walls.

Always Note that the best place to Cast your Ultimate is in the Enemy's Backline.Why?Its beacause it is where MarksMan,Mage,And Assassin or supports are located.A compact(Casual/Universal) Team Usually tends to let the Chargers,Initiator and Crowdcontrollers clash while letting the back liners atk from behind.Now,Your Second Skill Comes Handy.Since You Already stunned the Enemies in A one spot(since tigreal's ult pulls them into his ult center,including the front liners since when you cast your Ult on the backline,those frontliners will immediately rescue their backliners but they will be stunned in return),USE your 2nd skill to push TOWARDS youre Allies And Knock them up.This is the reason why tigreal is currently holding the record of"LONGEST CC TIME".Your allies wont have A hard time Killing them quickly especially ur MM and mages or your "CARRY" hero.

Another,Tigreals Ult is One if the Best Set-on-Bush Techniques.Let me Example.Remember the Bush On The lord's spawn point Front??there is a small bush there.Now Let YourAllies Hide in A bush enemies wont possibly pass by(effectively,The Long bush above the TopBuff,or the bush top right side of the green buff of Bottom buff).The Process is Be the Brave Decoy.Lure all the enemies(RapidbootsNeeded).let them chase you.Run to the bush in the front of the lord.When 2-3 enemies are in your Hiding bush,Cast ur ultimate to stun them.Then push enemies toward your allies location and they shall kill the CC'd enemies.Most of chances,,

You killed Their frontliners leaving the backliners(most of chances mm and mage) vulnerable.Let ur team chase or ur assassin and fighter and mage to chase the remaining survivors;While You and Your MM kill the lord or you can push lanes.

Best Spells To Use
The Only Best Spell To use Is Flicker for "EoS"(ElementOfSurprise) for ult's effectivity.Also Its the best spell for him as a mobility spell.

*Petrify is a substitute when flicker is unavailable.It also serves as an additional CC.

Best Emblem To use
Tenacity(lvl20) tank emblem talent is best for him for increased defense and magic resistance when low hp.Recommended as a Squad's Tank.

BraveSmite(Lvl30)tank emblem is my personal choice.It grants you 5%maximum hp each time you CC an enemy.Best Choice for solo players.

PhysicalEmblem is still the player friendly emblem.I suggest The lvl20 talent if you have cursehelmet.Just Max the HP and armor basic Talents...

Anti Clash Line up
When you see the enemy's line up is CrowdControl based,use this.

(Note: This are Merely Troll build.Its only for fun build.Don't ever use it on ranks!! For AI or Classic or Brawl only)

Build Notes: If you think other lanes are in danger,I suggest Rapid Boots for quick rotation.

Overall,I would rather Say Tigreal isnt A worst hero.You know i believe there isnt a worst hero.There are situations where Heroes shine than the others.So,To people who underestimate Tigreal or any heroes,I hope this would change your views.

that's all folks. Any Comment or FeedBack?? Comment down Below. Well,I have a favor to ask guys.Pls, Share this Guide also the other guides for us to reach more people to guide...Who knows we can achieve 20k likes?Well,if that even happens,who knows what can we do as a gratitude??did yoh know we were even Talking about Skin GiveAway??Well,actually im starting to save money for a skin giveaway in case we reach atleast 20k likes.Zer legendbeast is even up for it guys. We might have a 300 worth of diamonds skin giveaway!! So start sharing guys!!

Note:This Is not talkshit

Skin Review | Tigreal - Lightborn-Defender
One of the Best Tank Skin and Best Tigreal Skin right now! Might be topped by future tank skins but this one is great as of now. 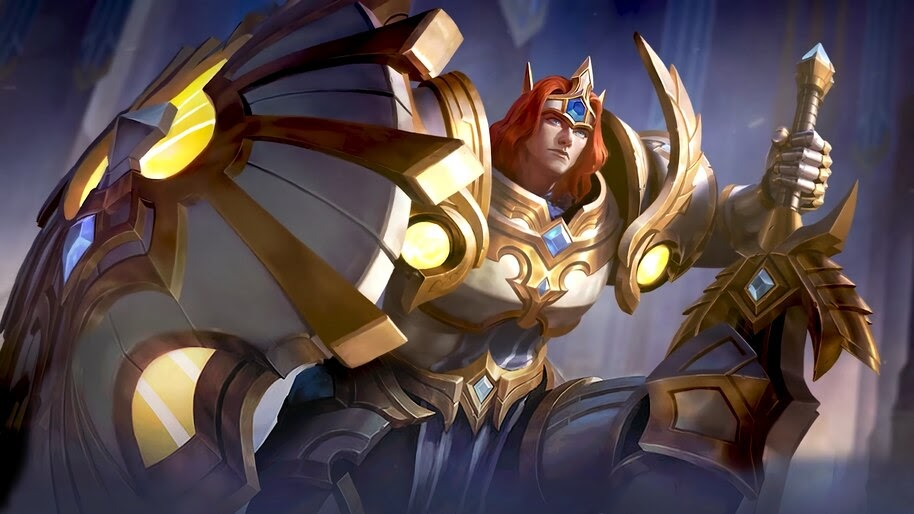 ENTRANCE ANIMATION
Lightborn-Defender's Entrance Animation is one of the BEST entrances of all the Tank Skins in my opinion so far! It's a Buyable 1089 Diamond Skin and it tops Kaja's Skyblocker, which is a Lucky Box Skin which is priced at 3080-4250 Diamonds. The effects and movements are on point and it's super amazing.

SKILL EFFECTS
Tigreal - Lightborn-Defender's Skill Effects are expected to be awesome as well and it's effects are suprisingly good overall. The 1st skill is nice having a wavy effect that changes from light blue to bright holy yellow. The 2nd skill is also quite nice, wish 2nd phase has more holy effects but the 2nd skill is good overall. The ultimate is what's good about this skin having an amazingly great skill effect with the signature Lightborn Skill Effect, the flaming lightborn "V" shaped in all of Lightborn Skins. Also, the basic attack is also suprisingly good even though it's just a slash of a blade animation.

OTHER THINGS (3 VOICELINES)
All of the 3 Voicelines of Lightborn-Defender is greatly voiced. It's also suprising that Lightborn Skins have 3 Voicelines unlike S.A.B.E.R. and Legend Skins only having 1 and V.E.N.O.M. having 2 Voicelines. Are we gonna get 4 Voicelines for future squad skins

In conclusion, this is the Tigreal Skin that all Tigreal Mains have been waiting for. The great skin model, nice entrance, amazing skill effects, and great voicelines for the entrance.

Overall Score: 5/5《A Perfect Score because 5 is V and V means Victory》
Show hidden low quality content
You must log in or register to reply here.