Sidebar Sidebar
You are using an out of date browser. It may not display this or other websites correctly.
You should upgrade or use an alternative browser.
Tower of Fantasy is planned for a December 16, 2021 release in China following its "final test" earlier this November. This is a sci-fi open world role-playing game developed by Hotta Studio on the Unreal Engine 4 platform. It's easy to compare it to Genshin Impact, or even to label it as a clone. Since the introduction of Genshin Impact, mobile MMORPGs have exploded in popularity. Perfect World, best known for the legendary massively multiplayer online role-playing game Perfect World International, is the developer of Tower of Fantasy. Although no release date has been announced for additional territories, this news indicates that the game will ultimately make its way to other countries.


Here is the game's description via TapTap:

Tower of Fantasy is a 3D immersive open-world handheld game developed by Hotta Studio. It combines de-labeled characterization, film and television-grade motion capture, high-freedom world exploration, and a scrappy sci-fi art style with a variety of scenes, interactive puzzle elements, and fast combat feel, to tell you a post-apocalyptic story of rescue and destruction.

Unreal 4 engine creates 2500*2500 seamless world, motion capture system gives the character real dynamic, various scenes interaction can be used for everything, low threshold, high depth, high refreshing operation system precisely meet the needs of all levels, careless action can trigger the hidden plot, gradually unlock the secret behind the main story. The fate and future of the world is in your hands every second!
Click to expand... Tower of Fantasy is also not an unknown entity. The game has been through four beta tests, with each test resulting in a variety of enhancements. The final "ultimate" test began in China on November 10. As with Genshin Impact, Tower of Fantasy is powered by Unreal Engine 4, providing a remarkable level of visual quality, particularly for a mobile title. 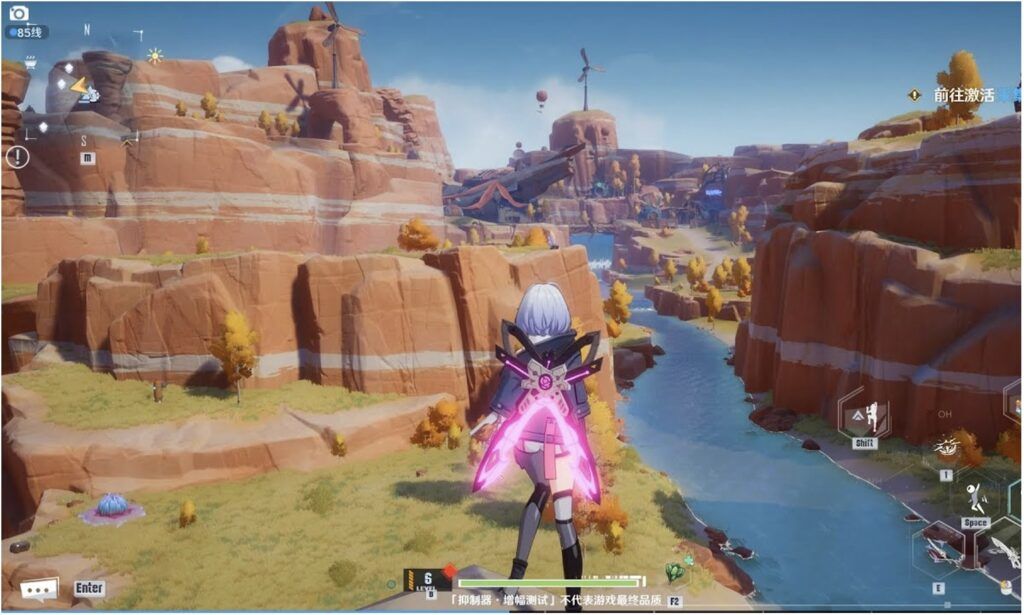 Tower of Fantasy, like Perfect World's previous MMORPGs, will offer an "immersive portable experience," according to the developer. In addition to the usage of UE4, which allows for some very spectacular effects to be achieved, the game makes use of real-time motion capture to breathe new life into the many characters that appear throughout the game. The motion capture method will provide the interactions between the many characters and non-player characters (NPCs) in the game a truly dynamic quality. According to reports, Perfect World is rushing this release since their publication certificate is about to expire and they want to recuperate some of their investment as soon as possible. According to the "final test," the issues raised and input received have been rectified in preparation for the release, but it will be necessary to wait and see how far this is true. Of course, because it is an MMORPG, it offers complete freedom of exploration in addition to a gripping storyline to experience. There will also be puzzle components, and the fighting is expected to be fast-paced, according to the developers. It is yet unclear whether or if this game will have an influence on the same level as the Genshin Impact, but we are not far away from finding out.
Click to expand...