Sidebar Sidebar
You are using an out of date browser. It may not display this or other websites correctly.
You should upgrade or use an alternative browser.
New anime-style action RPG of Yostar has opened up its registration for its closed beta test! To sign up for the CBT of Aether Gazer, players can do so through the game’s official website. Register your email and answer a questionnaire. After that, just wait for the email confirmation that you are accepted to play in the CBT. 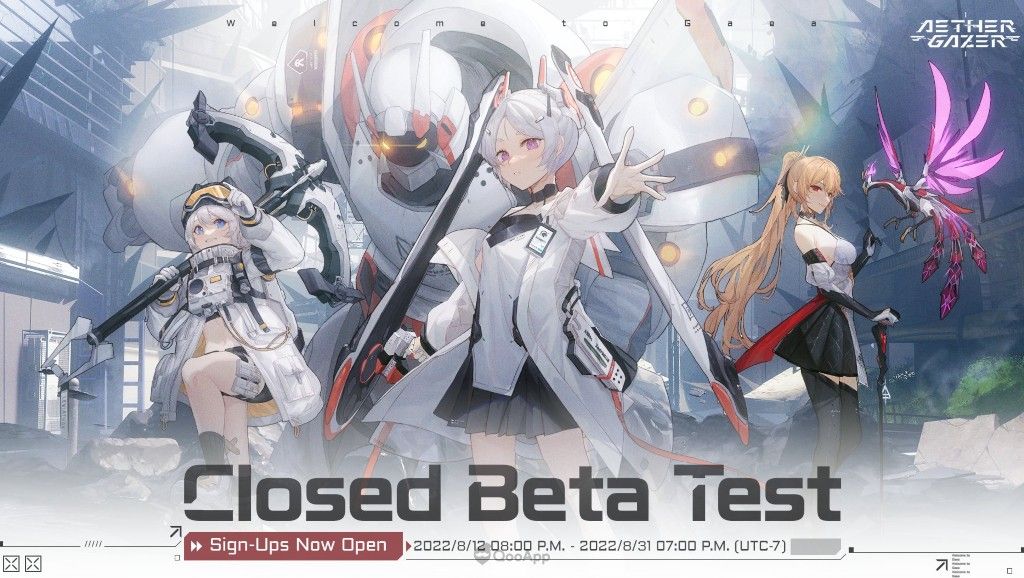 The will be only available for Android users on Google Play. After the CBT, the accounts will be preserved but the data will be deleted. In-game purchases will not be available. Sign ups for the CBT have started and will end on the 31st of August at 19:00 [UTC+7].


Various in-game rewards will be given to participating players once each pre-registration milestone is reached. The rewards are as follows:

Aether Gazer is a fast-paced 3D action RPG with futuristic elements. The high-resolution 3D graphics emulate a sci-fi game world that’s set in an apocalyptic dystopia. Additionally, an audacious worldview and storyline encourage players to act with skill and precision to stop the chaotic dissemination of evil and sustain the balance of human consciousness necessary for pursuing the planned path to Idealbild.

“Near the brink of extinction, a group of the world’s largest minds was tasked with creating a system to upload the human consciousness into Gaea.Zero, a supercomputer floating in outer space. While the human body may have been lost, their spirit and minds will live on digitally in a digital world with Gaea making its own calculations for its residents.

The digital world is split into various regions with different beliefs, such as the Sananmi district that rely on agriculture and religion, or the Neuhansa region, an industrial zone that houses Spealight industries, the biggest AGI mech company in Gaea, with rumors that the company is planning to create their own AGI mech legion to take over the system.”
Click to expand...

Smart Omega from The Philippines are the newly-minted champions of Call of Duty: Mobile Garena...

Avatar: Generations is an Open-World RPG that will have its Soft Launch happening this month