Sidebar Sidebar
You are using an out of date browser. It may not display this or other websites correctly.
You should upgrade or use an alternative browser.
Ys Online, a new JRPG from ZlongGames, is now available on both Android and iOS. This wonderful JRPG features many fan favorites. Each has their own collection of side stories. The game has a retro theme and many new game variations and modes. Dungeons, puzzle solving, competitions, and a role progression mode will be included in the game. 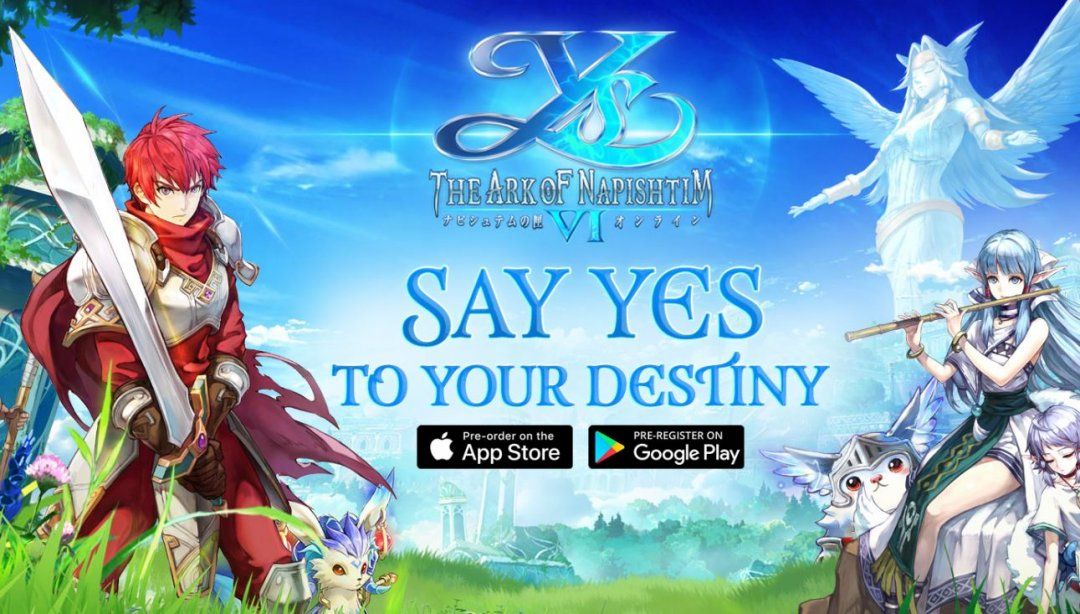 "Ys Online: The Ark of Napishtim" is licensed and adapted from the sixth generation of the legendary Japanese franchise, the Ys series. The game, supervised by Falcom, inherits the soul of popular JRPG adventures. While revitalizing the original plot, a premier VA lineup was added to dub the entire story, crafting a richer and more refined experience. In the game, adventurers will accompany Adol to the "Great Vortex of Canaan" to meet the mysterious Rehdan Sisters and together explore the "Ruins of the Winged One Civilization." A heartwarming story and fantastic adventure are about to commence.
Click to expand... The Classic Ys VI Story Is Back with a Magnificent Adventure
The red-haired adventurer Adol, the mysterious Rehdan priestesses Olha & Isha, the commander with a dire mission Ernst, and the powerful Geis... All the fan-favorite characters have returned with new character-exclusive side stories! Classic maps such as Limewater Cave, Zemeth Island, and the Grana-Vallis Mountain have been revamped, enriching the emotional experience signature of Ys! Explore the Ancient Forest Ruins and Challenge the Mighty BOSS
Meet the Rehdan Sisters and defeat the Demi-Galba to save their tribe! The labyrinth in the ruins of the Canaan Islands is waiting for bold adventurers. There are many treasures and mighty bosses hidden in their depths. Come and take on the challenges with Adol! Experience a Japanese Fantasy Adventure and Try the Different Game Modes
While preserving the retro style of the Ys series, the game adds many new game varieties, such as dungeons, puzzle-solving, competitions, and the role progression mode. Adventurers can now choose to auto-experience gameplay or take full control of the exciting action with game modes, making the game more directable and enriching this high-fantasy adventure RPG! Choose One of the Four Main Classes to Create Brand-New Heroes for Canaan
There are four classic classes ready for you: A close-combat warrior with high defense, a mage who can attack crowds from a distance, a ranger who heals multiple allies at once, and an assassin who is ready to strike up close, with various class transformations for you to determine. The Goddess Alma will guide your way to the most suitable choice! Switch between Combat and Leisure to Share a Relaxing Time with Friends
In the world of Ys, intense battles are not the only thing to do. You will be able to participate in casual farming, cooking, home furnishing, pet breeding, and fashionable dress-up. Take a breath from the exhilarating adventure and enjoy a relaxing time with friends! The All-Star VA Cast and Amazing Soundtrack Experience
The game includes all of the original signature music of Ys VI, with Kaji Yuki, Ishikawa Yui, Kawasumi Ayako, Koshimizu Ami, Tanaka Rie, and many other renowned Japanese VAs dubbing the entire tale. The combination of incredible music and SFXs elevates the gameplay, bringing adventurers closer in touch with the world of Ys! Ys Online: The Ark of Napishtim released with new codes!


You can now install the game at GooglePlay and AppStore!
Click to expand...

Ragnarok Origin has released its two new job progressions: The Bard and Dancer